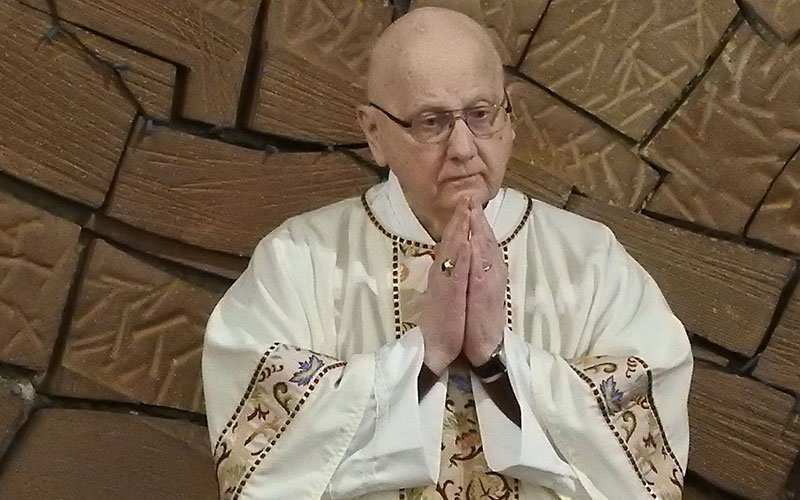 Deacon Robert J. Burke, a permanent deacon in the Diocese of Rochester for 23 years, died July 1, 2022, at the Advent House comfort-care home in Fairport after a lengthy battle with cancer. He was 80 years old.

Deacon Burke was a native of Haverstraw, N.Y. He graduated from Fordham University in 1963 with a bachelor’s degree in history and from Fordham’s School of Law in 1966. He served as a special agent for the Federal Bureau of Investigation before moving to Rochester in 1970. He practiced law until 2017 and was a partner in the Burke, Albright, Harter and Rzepka law firm.

Deacon Burke provided diaconal ministry to Matt Talbot Ministries and Monroe Community Hospital concurrently with his other assignments, and he also was involved with Rochester Area Right to Life activities and the Knights of Columbus.

“Bob was a great guy, a humble and faithful servant and a wonderful deacon,” remarked Deacon Edward Giblin, diocesan director of the permanent diaconate.

“Deacon Bob was one of a kind — a humble man who always had a smile on his face no matter the circumstances in life,” added Father Peter Enyan-Boadu, pastor of St. John the Evangelist. Father Enyan-Boadu also noted that Deacon Burke “was an active participant, along with his wife, Kathryn, in basically everything we’ve done here. He had a special passion for the RCIA program through which he brought many people into the Catholic Church.”

His funeral will take place Monday, July 11, 2022, at St. John the Evangelist Church, 2400 Ridge Road West, Greece. Visitation will be from 9 to 11 a.m., followed by Mass at 11 a.m. with Bishop Salvatore R. Matano serving as celebrant.

Memorial donations may be made to St. John the Evangelist Church, Focus Pregnancy Center or Bethany House.