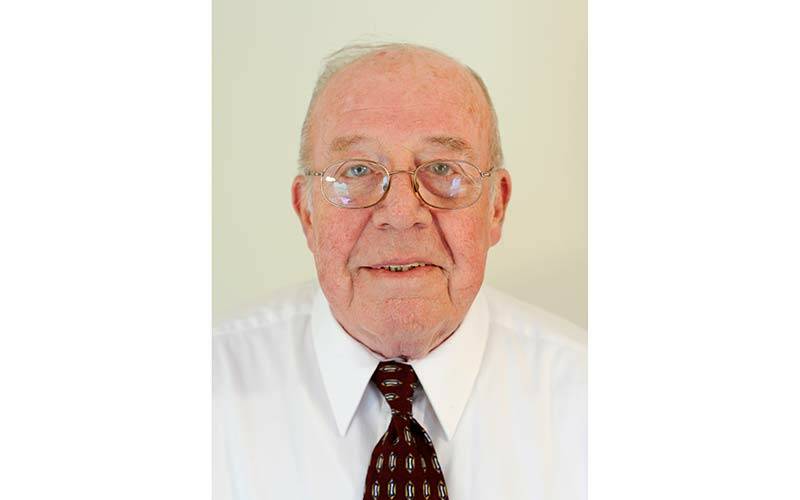 In 1955, he joined the U.S. Army and served for nine years. Five of those years were spent in West Germany, where he served as a cryptolinguist in the field of communications intelligence. He studied Polish in Army Language School and earned bachelor’s degrees in Polish and German from Georgetown University.

While overseas, Deacon Schmitz met his future wife, Erika, and the pair were married in the United States in 1963. After leaving the military in 1964, he began working at Xerox Corp. and held management roles there until his retirement in 1998.

Deacon Schmitz had learned about the permanent diaconate before it was restored following Vatican II and knew right away that he wanted to become a deacon, noted Deacon Brian McNulty, his classmate in the Diocese of Rochester’s fifth class of permanent deacons.

“He considered the diaconate not only a privilege but also a requirement for him personally,” Deacon McNulty said.

“Bill’s faith was just like a solid rock, and it was the right thing for him to do. God called him and he said, ‘Here I am,’” added Deacon Greg Kiley, another of Deacon Schmitz’s classmates.

Bishop Matthew H. Clark ordained Deacon Schmitz on June 7, 1986, at Sacred Heart Cathedral in Rochester. After ordination, Deacon Schmitz served at St. Leo Parish in Hilton for three years and then served in the diocesan Office of the Permanent Diaconate from 1989-92. He later served at St. Mary’s Hospital and St. Andrew and St. Philip Neri parishes, all in Rochester, as well as Our Mother of Sorrows Parish in Greece, before reaching senior status in 2006.

Deacon Schmitz helped set up St. Vincent de Paul societies to aid the needy at several of the parishes where he served. He joined the Knights of Columbus in 1967 and served in several local and state leadership roles with the organization. He also served on the boards of several local Catholic entities, including Aquinas Institute, and taught religious education at Christ the King Church, which is part of St. Kateri Tekakwitha Parish in Irondequoit.

“He was a jovial fellow, and he was also very dedicated to the church. He took his ministry and his belief and his witness very seriously,” Deacon McNulty recalled.

Deacon Schmitz put his considerable language skills to good use in the early 1990s when he translated theological documents about the permanent diaconate from their original German into English. In 1993, the U.S. bishops published these essays in a book, titled Foundations For the Renewal of the Diaconate, which now is a part of the curriculum in many formation programs, Deacon Kiley said. Before this book was published, students learned about these theological documents and read short excerpts but did not have access to the complete documents, he added.

“You talk about an impact, anywhere the English language rules, they’ve got to pull this book out. It really was quite a spectacular thing that he did,” Deacon Kiley said, noting that Deacon Schmitz did not boast about his work on the book. “He just did it because it was something he could do for the kingdom of God.”