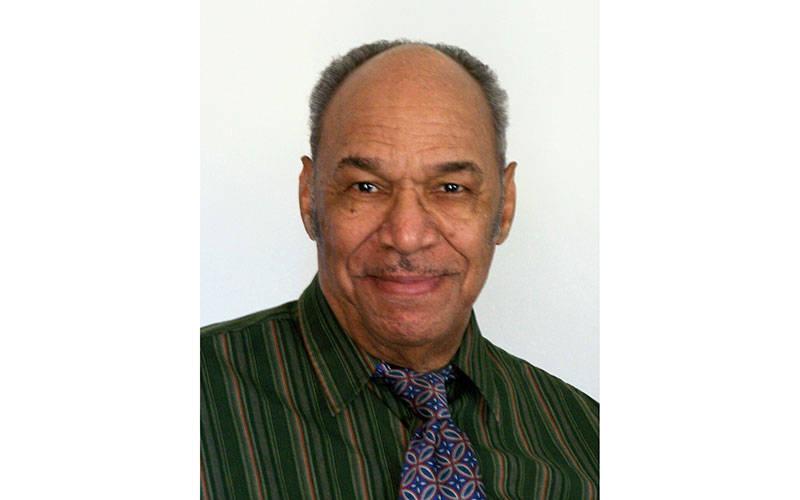 Deacon Anthony Mercadel, the first Black member of the Diocese of Rochester’s permanent diaconate, died March 29, 2021. He was 88.

“He was very humble. He was very much a humanitarian, he loved Jesus and he loved his ministry,” noted Jacquelyn Dobson, who served as director of the diocese’s Office of Black Ministry from 1984-99.

A New Orleans native, Deacon Mercadel later moved to the Rochester area with his wife, Jean, and their four young children to take a job at Eastman Kodak. The family found a warm welcome at Henrietta’s Guardian Angels Parish and became lifelong parishioners.

Deacon Mercadel eventually felt called to the permanent diaconate, and on April 17, 1982, Bishop Matthew H. Clark ordained him as part of the Diocese of Rochester’s first class of permanent deacons. The ordination liturgy took place at Sacred Heart Cathedral in Rochester. After his ordination, Deacon Mercadel was assigned to minister at his home parish, Guardian Angels, which in 2012 merged with Good Shepherd Parish in Henrietta and St. Joseph Parish in Rush to form St. Marianne Cope Parish.

He was involved in many ministries at the parish over the years. He and his wife oversaw the parish’s Marriage Encounter ministry for several years, and he often offered Communion services and other gatherings for residents at Monroe Developmental Center. He also frequently visited residents in nursing homes and extended-care facilities.

“He did visitations right up until the past year,” remarked Mercy Sister Sheila Stevenson, pastoral administrator at St. Marianne Cope. “He had those people that he knew needed somebody, and he would go to their homes and have coffee with them, and just sit and chat. He was just kind to everyone he met, and certainly compassionate and merciful to those who were having difficult times.”

Deacon Mercadel was a genuine man of God, and although he reached senior status in 2007, he remained an integral part of parish life, Sister Stevenson added.

“At the 11:30 Mass, he was always sitting in a chair in the narthex and greeting people as they came in. People just loved him. We’re going to miss him terribly,” she said.

Deacon Mercadel was a kind and gentle person with a very strong love for his family, noted Father Louis Sirianni, who was parochial vicar at Guardian Angels from 1995-2005.

“He had a great devotion to God’s word. The people of the parish really loved him,” Father Sirianni recalled.

Deacon Mercadel didn’t limit his ministry to his parish, Dobson said, noting that he often worked collaboratively with the Office of Black Ministry while she was its director.

“He really wanted people to understand that Black Catholic Church tradition. There was never a diocesan liturgy that he was not a part of,” Dobson said. “I would say that what he taught me was humility and the beauty of being a true follower of Christ, and a humanitarian that walks and talks and listens with God. You know the verse, ‘Walk humbly with your God?’ That’s him.”

Deacon Mercadel was predeceased by his wife, Jean Mercadel, in 2004. He is survived by his children, Kevin, Daryl (Lisa), Monika and Christina Mercadel; grandchildren, Katie and Michael Mercadel; brother, Raymond Mercadel; and many nieces, nephews and close friends.

Calling hours for Deacon Mercadel will take place April 7, 2021, from 4 to 8 p.m. at Miller Funeral Home, 3325 S. Winton Road, Rochester. Those who would like to come to the calling hours must reserve a time slot due to COVID restrictions on gatherings. Bishop Salvatore R. Matano will celebrate Deacon Mercadel’s funeral Mass April 8, 2021, at 10 a.m. at Sacred Heart Cathedral, 296 Flower City Park, Rochester. Seating for the funeral will be limited to 100 people, so those interested in attending must sign up online.