Deacon Defendorf to step down as Bath administrator - Catholic Courier 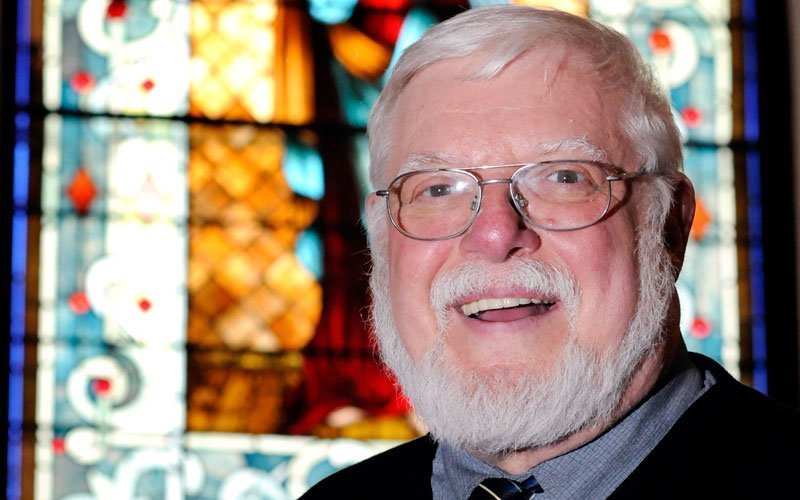 Deacon Raymond Defendorf will retire in June as pastoral administrator of St. Mary Parish in Bath.

Simple as that comment seemed, Deacon Defendorf recalled that it was just what he needed to hear.

“What I really like to do is creating. That was more important than if I was a good athlete or if I ever mastered my math tables. Just a few words of encouragement can really send someone on their way,” he said.

Since then, Deacon Defendorf has tapped into his vast creativity time and again, positively influencing the world around him. He has been highly involved in education, music, media and the performing arts; he has served as a parish administrator and community leader. And, he’s a member of the first class of permanent deacons in diocesan history.

This man of many interests is now looking to add new chapters to an already thick book. When he retires next month as pastoral administrator at St. Mary Parish in Bath, it will mark his departure from full-time parish duty. Although Deacon Defendorf, 65, described that work as “a wonderful opportunity,” he cited the need to spend more time with his wife, Pat, “so that we might have some retirement together, doing some of the things in ministry we like to do. My time’s going to be very full.”

Deacon Defendorf’s successor at St. Mary will be Deacon Dave LaFortune, who is currently pastoral associate in the Schuyler Catholic Community. St. Mary will bid farewell to Deacon Defendorf with a reception on Saturday, June 13, from 5:30 to 7:30 p.m. at the church’s O’Malley Hall. All are welcome.

Deacon Defendorf grew up in Rochester’s Holy Redeemer and Greece’s St. Charles Borromeo parishes. He graduated from Aquinas Institute, Monroe Community College and SUNY College at Buffalo. Early in his professional career, he logged stints as an elementary-school teacher and radio disc jockey in Rochester. After moving to the Southern Tier, he and his wife operated a nursery school and he also produced an Elmira television program for preschoolers. From there he became an audiovisual coordinator at St. Joseph’s Hospital in Elmira, and then was director of community relations and fund development at Corning Hospital.

He was accepted into the diocesan diaconal program in 1978, and four years later was ordained into that inaugural group. In 1996 he entered full-time ministry as pastoral associate in the Corning-Painted Post Roman Catholic Community (now known as All Saints Parish.) In 2001 he became pastoral administrator at St. James in Waverly and St. Pius X in Van Etten. After three years he moved westward in the Southern Tier to St. Mary in Bath, which he has led for the past six years.

Among his many civic endeavors, Deacon Defendorf helped to create the Health Ministry of the Southern Tier, which uses volunteer health professionals to provide free medical and dental services to people without insurance or means of payment. He also has been highly involved in Rotary and United Way.

In the arts, he’s helped to start community theater companies in Corning, Waverly and Bath, producing and directing several religious productions. He has been a member and director of many singing groups and has composed, performed and recorded many original prayer-songs.

Deacon Defendorf and his wife celebrated 40 years of marriage and 25 years of diaconal ministry in 2007. They are the parents of three adult children and have one grandson. This summer, they will serve as house managers of Catholic House at the Chautauqua Institution near Jamestown, and in November they will host a cruise to Greece, Egypt, the Holy Land and Ephesus, Turkey. They have made eight trips to the Holy Land in all, as well as many other parts of the world.

Deacon Defendorf also hopes to remain busy in a diaconal capacity with a parish assignment within shouting range of his Corning residence. He said he cherishes the spiritual connections made through his vocation, such as when he ministers to grieving families.

“God has great love for each of us. Sometimes it takes those emotional times to feel it,” he remarked.

One of Deacon Defendorf’s greatest ongoing highlights is “welcoming people into the church. … I tend to minister to people that have either been estranged or not felt welcome,” he said, adding that he invokes God’s love and patience in “understanding and acceptance of people falling through the cracks.”