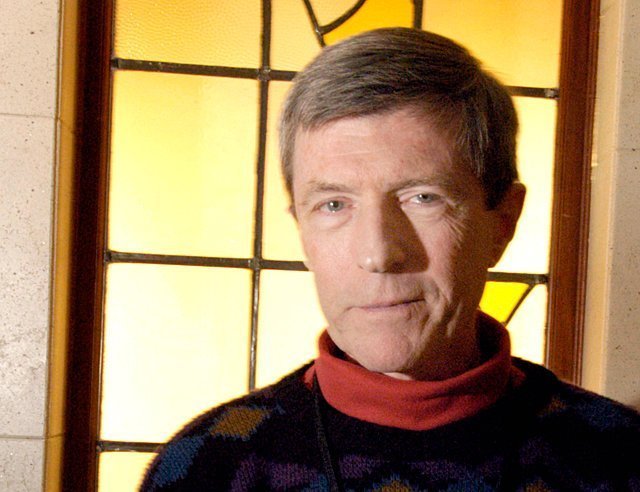 Deacon Claude Curtin said he felt called to the permanent diaconate in 1987 while attending a Cursillo ("little course" in Spanish) weekend, which is a retreat to help laypeople become effective Christian leaders.

In a 2009 reflection he wrote for the Catholic Courier, he said that while the congregation was singing "Here I Am Lord" during the closing Mass of that retreat, he realized he needed to be and do more as a Catholic.

"I need to be a producer rather than just a consumer in the life of the community of faith," he wrote in the reflection.

Deacon Curtin, who reached senior status in January, echoed those sentiments in an April interview with the Catholic Courier about his 24 years as a deacon.

"(Diaconal ministry) was what the Lord was calling me to do, and it has been a marvelous blessing for my wife and I," said Deacon Curtin, 75.

Prior to ordination, Deacon Curtin was involved in academia. In 1966, he started teaching philosophy at Rochester’s Nazareth College during the summer months while pursuing a doctorate in philosophy at Syracuse University. Earning the doctorate in 1972, he continued teaching at Nazareth until 1975, when Deacon Curtin decided to pursue social work. He went back to Syracuse University, earning a master’s degree in social work in 1976.

He began his diaconal studies at St. Bernard’s Institute in 1988, while he was serving as director of alcohol counseling at DayBreak, a former alcoholism treatment facility in Rochester. After finishing his second year in the diaconate program, Deacon Curtin left DayBreak to focus on the remaining two years of studies in preparation for diaconal ordination.

Deacon Curtin was ordained on May 30, 1992, by Bishop Matthew H. Clark at Sacred Heart Cathedral. Afterwards, he ministered for several years at St. Michael Parish in Penn Yan, which is now a part of Our Lady of the Lakes Catholic Community.

While at St. Michael’s, Deacon Curtin and his wife, Patricia, became involved in prison ministry and helped conduct weekend retreats for men in state prisons.

"I always felt that prisons were very dreary places," he said in recalling those years. "But then I remembered that great events of our faith took place in unpleasant places — like the stable at Christmas and Golgotha, where Jesus was crucified."

From 2003-07, while still serving at St. Michael, Deacon Curtin became diocesan director of deacon formation. He also taught courses in the certificate and degree programs in theological studies at St. Bernard’s, something he said he continued doing up until last year.

Although he has now reached senior status, he still helps out at St. Michael as well as St. Vincent De Paul Church near Summerfield, Fla., where he and his wife live during the winter months.

"There are many retired deacons from around the country in that area, and at every Mass there is a deacon. So I serve at weekend Masses, serve at funerals and as well as I do many blessings," he said of his ministry in Florida.

The Curtins, who are celebrating 50 years of marriage this year, will return to Penn Yan this month. Deacon Curtin will serve at St. Michael until he and his wife return to Florida in October.

He said he has great joy and gratitude that the Lord called him to the diaconate.

"I have gotten to know many wonderful people, and it has been a great blessing in my life," he said.

Deacon Curtin also credits his wife, who he said has always been involved in ministries with him.

"She has been my companion in the diaconate, and we have done a lot of things together," he said. "We have a wonderful marriage."