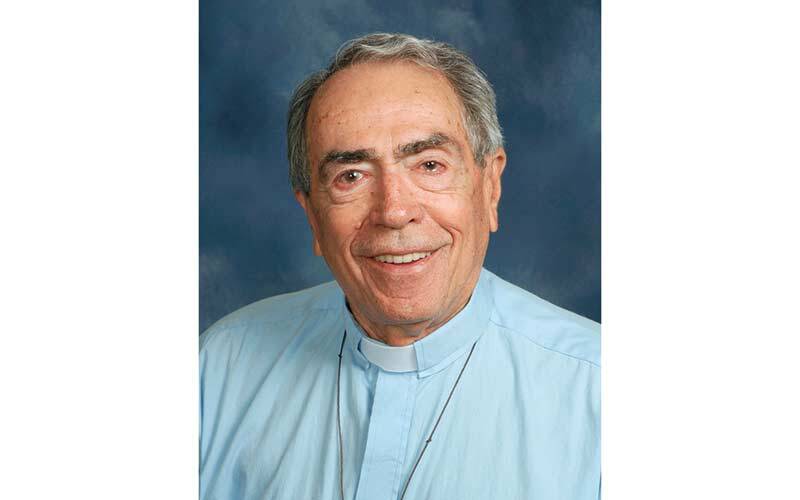 A native of Rochester, Deacon Casey attended Aquinas Institute but joined the U.S. Air Force before graduating. He served as a medic in Korea during the Korean War.

After returning to the United States, he worked at Eastman Kodak Co. in Rochester and married his wife, Rita, in November 1953. He earned his GED as well as a bachelor’s degree from SUNY Brockport. When he was in his early 40s, he decided to take a leave of absence from his position as a pneumatic engineer for Kodak in order to earn a master’s degree in social work from the University of Buffalo.

While he was working toward his degree, the family made a modest living by housing people who needed an affordable place to live. The Caseys lived in a 10-bedroom farmhouse in Albion, and most of their 11 children had grown up and moved out by that point, Rita Casey recalled.

Deacon Casey returned to Kodak briefly before retiring and becoming a counselor. Although he’d been a lifelong Catholic — and was a nephew of the late Bishop Lawrence B. Casey, auxiliary bishop of Rochester from 1953-66 — his faith took on a newfound importance later in his life when he was introduced to Thomas Merton and his writings, especially The Seven Storey Mountain, according to Deacon Casey’s daughter, Colleen Orchanian.

“He looked for God everywhere but in church until Thomas Merton, and then after that, that’s when really his life started to change and he wasn’t just in church physically, but he started to grow in his faith,” Orchanian recalled.

After discerning a vocation as a permanent deacon, Deacon Casey earned a master’s degree in theology from St. Bernard’s and was ordained June 1, 1991, by Bishop Matthew H. Clark. He served at Church of the Transfiguration in Pittsford until 1996, when he and Rita moved to Georgia. Deacon Casey then served for many years at St. Francis of Assisi Parish in Blairsville, Ga.

Deacon Casey drew upon his own experiences and the challenges he’d lived through to form his diaconal ministry in positive ways, according to Deacon Patrick Shanley, who was one of Deacon Casey’s classmates at St. Bernard’s.

“He developed an awareness of the struggles of others and responded with compassionate insight,” said Deacon Shanley, who serves at Parish of the Holy Family in Gates. “(He) was a quiet man with a good sense of humor. Larry loved to tell stories about what it was like raising their 11 children.”

“He was a great listener. People just felt he understood them,” Orchanian said.

“He loved serving on the altar. That was the one thing he did not want to give up,” she said, noting that he served his final Mass at St. Francis of Assisi from a wheelchair.

Calling hours will take place Feb. 24, 2022, from 6 to 9 p.m. at St. Francis of Assisi Church, 3717 Highway 515 E in Blairsville, Ga. Deacon Casey’s funeral Mass will take place Feb. 25, 2022, at 11 a.m. at St. Francis of Assisi Church. Interment will be at St. Clare’s Cemetery in Blairsville, with military honors presented by the North Georgia Honor Guard.

Donations in Deacon Casey’s memory may be made to the St. Vincent DePaul Society or the Larry Casey Meditation Garden, both at St. Francis of Assisi Church.