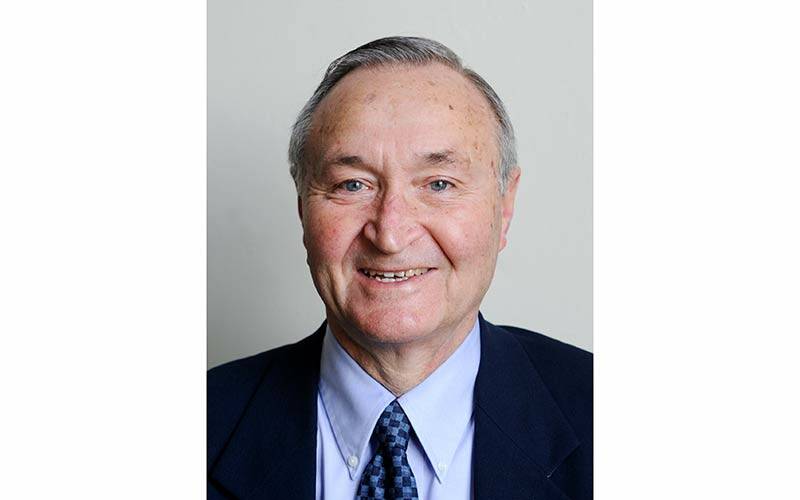 As a young man, Deacon Aman had considered the priesthood and attended St. Andrew’s and St. Bernard’s seminaries in Rochester, but eventually discerned God was calling him in a different direction. He served in the National Guard from 1959-65, graduated from St. John Fisher College and went into accounting. He worked in that field for 30 years while he and his wife, Marian, raised six children. He retired from Eastman Kodak Co. in 1991.

Bishop Matthew H. Clark ordained Deacon Aman to the permanent diaconate June 7, 1986, at Sacred Heart Cathedral in Rochester. After ordination, he served at St. Anthony of Padua in Rochester from 1986-91 and at the Monroe Developmental Center, also in Rochester, from 1991-92.

Deacon Aman served at St. Mary Parish in Honeoye from 1992-94 and St. Charles Borromeo Parish in Greece from 1995-99. He also served as Catholic chaplain at Nazareth College, and during his time on the Pittsford campus, he often led mission trips to serve the homeless at Clairvaux Farm in Maryland.

In 2001, Deacon Aman began serving at St. Pius Tenth Parish in Chili, and he remained there until he reached senior status in 2007. After reaching senior status, he began assisting at St. Charles Borromeo.

In addition to his assignments at local parishes and educational institutions, Deacon Aman also served in prison ministry at Groveland Correctional Facility and participated in a mission trip to Jamaica with Food For the Poor.

Contributions in Deacon Aman’s memory may be made to the Sisters of St. Joseph, 150 French Road, Rochester, NY 14618, or to a charity of one’s choice.