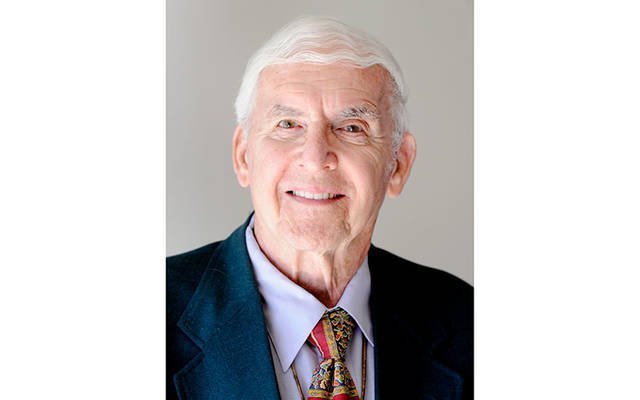 Deacon Richard Mahany, who served his diaconal ministry at St. Rita Church in Webster, died March 19, 2020. He was 92 years old.

Deacon Mahany was ordained by Bishop Emeritus Matthew H. Clark at Sacred Heart Cathedral on April 28, 1984, as part of the diocese’s third class of permanent deacons.

Deacon Mahany joined the U.S. Navy during high school and served for four years during World War II before returning home and finishing high school. He later married his wife, Mary, and entered the offset printing industry, in which we worked for 36 years. The Mahanys became active parishioners at St. Rita in Webster.

On the occasion of his 30th jubilee in 2014, Deacon Mahany told the Catholic Courier that Father John Reif suggested he look into the permanent diaconate.

“I never really felt that I was ready to do it, but apparently the Lord wanted me to do that,” he told the Courier.

Following his ordination, Deacon Mahany spent his years of active ministry at St. Rita so he could care for Mary, who suffered from multiple sclerosis. She passed away in 2007. At St. Rita, he preached, visited the sick, and presided at funerals and Communion services. He also heard marriage vows, including those of his only daughter, and baptized many infants, including his seven grandchildren. He reached senior status in 1999.

“Dick was a good guy. He was a very down-to-earth person, very kind and very gentle person,” said Deacon John Giugno, who was ordained with Deacon Mahany in 1984.

Funeral services for Deacon Mahany will be at the convenience of the family. Interment will be at Holy Trinity Cemetery.