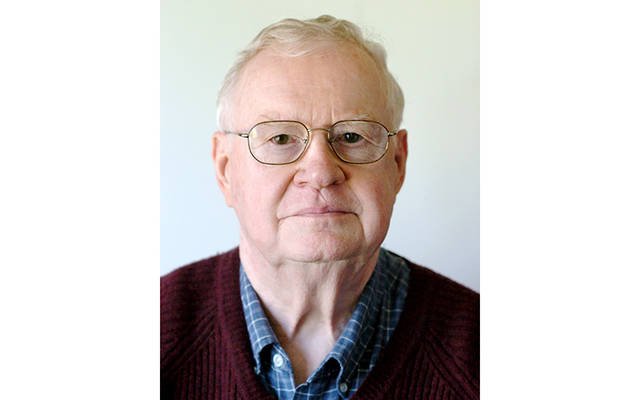 Deacon Stanley J. Douglas, who in 1982 was ordained in the first class of permanent deacons for the Rochester Diocese, died Oct. 26, 2019. He was 85 years old.

Deacon Douglas was a native of Erie, Pa. He attended Cathedral Preparatory School in Erie and The Cambridge School in Boston, where he studied radio and television broadcasting.

He served as director of community relations and fund development for St. Joseph’s Hospital in Elmira. In addition, Deacon Douglas was president of the board of directors for the Southern Tier Office of Social Ministry. He also hosted a radio polka program, and served as a radio-station program director.

“He was totally involved in the community. He absolutely loved this community,” said Deacon George Welch of Elmira, a close friend.

As part of that community involvement, Deacon Douglas enjoyed dressing up as Santa Claus to march in Elmira’s annual holiday parade.

Deacon Welch noted that he and Deacon Douglas often traveled together from Elmira to Rochester to attend preparatory classes for the diaconate. They, along with 22 other classmates, were ordained to the permanent diaconate on April 17, 1982, by Bishop Matthew H. Clark at Rochester’s Sacred Heart Cathedral. Deacon Douglas went on to be highly active in his parish diaconal role at Elmira’s St. Mary Southside Church, serving there from 1982-89.

“He had a great sense of humor. He was a good homilist, because he was a good public speaker before he was a deacon,” Deacon Welch said.

Deacon Ray Defendorf, also a 1982 class member, described Deacon Douglas as “my mentor in radio and community relations” as well as a friend.

“I’ve loved every minute of it,” Deacon Douglas said in a 2012 Catholic Courier article noting his 30th anniversary as a permanent deacon.

His funeral Mass will be celebrated at 11:15 a.m. Thursday, Oct. 31, 2019, at St. Rita Church, 1008 Maple Drive, Webster. Interment will be at Webster Union Cemetery. Memorial donations may be made to St. Rita Church.