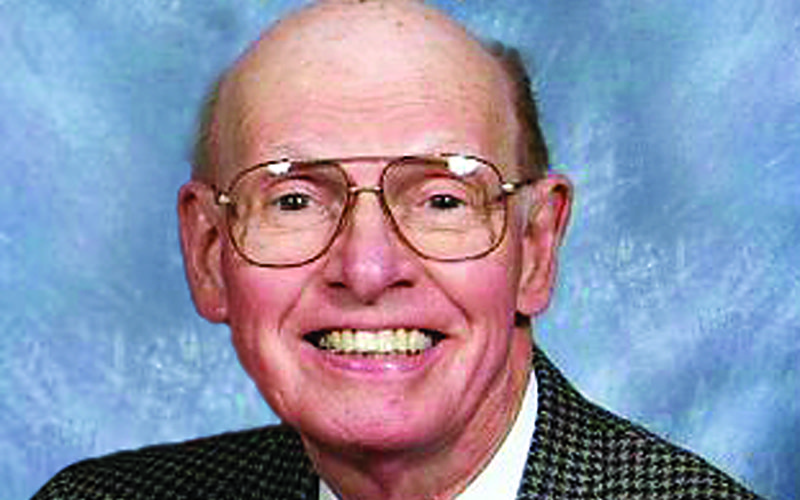 Deacon Thomas Cleary, a permanent deacon in the Diocese of Rochester for the past 30 years, died March 18, 2021, at Crest Manor Living & Rehabilitation Center in Fairport. He was 89 years old.

A Bronx native, Deacon Cleary attended St. John’s University in New York City and served as an accountant for Lybrand Ross Bros., Singer Corp. and Sybron Corp. He began diaconal studies soon after retiring in the late 1980s. He was ordained on June 1, 1991, by Bishop Matthew H. Clark at Sacred Heart Cathedral.

Deacon Cleary served from 1991-2006 at Fairport’s St. John of Rochester Parish, and from 1993-2006 at the Sisters of St. Joseph Spirituality Center before reaching senior status in 2006.

Throughout his active ministry at St. John of Rochester, Deacon Cleary oversaw the Rite of Christian Initiation of Adults program along with his wife, Margaret.

“Watching the ‘new’ Catholics become active in the church has been a great joy,” Deacon Cleary said in a 2016 Catholic Courier article noting his 25th anniversary as a permanent deacon.

He also was dedicated to visiting the sick of the parish, and served on Marriage Encounter weekends as well as at St. Joseph’s House of Hospitality and Monroe Community Hospital.

“When I was ordained in 1982, Tom was very interested in the diaconate. I encouraged him to pursue this call,” noted Deacon Daniel Kinsky, another longtime permanent deacon serving St. John of Rochester.

Noting that the Clearys were good friends and neighbors, Deacon Kinsky added, “I always found Tom to be a very kind and gentle soul. Even in these last couple of years, I never heard him complain when I’m sure he was going through much suffering.”

Deacon Cleary is survived by his wife as well as his brother, John; son, Michael; daughter, Rosemary; and three grandchildren.

Calling hours for Deacon Cleary will take place March 23, 2021, from 4 to 6 p.m. at Richard H. Keenan Funeral Home, 7501 Pittsford Palmyra Road, Fairport. His funeral Mass is scheduled for March 24, 2021, at 11 a.m. at St. John of Rochester Church, 8 Wickford Way, Fairport. Reservations can be made at www.stjohnfairport.org/funeral-seat-reservations; the Mass also will be livestreamed at www.stjohnfairport.org/live-stream-mass.

Memorial contributions may be made to St. Joseph’s House of Hospitality, PO Box 31049, Rochester, NY 14603.