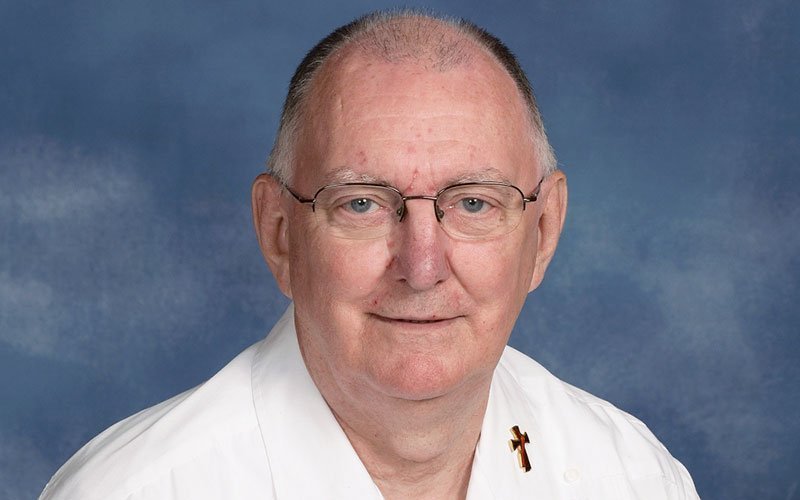 A retiree of Eastman Kodak Co., Deacon Beck had served the Diocese of Rochester as a permanent deacon for nearly 25 years. He was ordained by Bishop Emeritus Matthew H. Clark on June 11, 1994, at Sacred Heart Cathedral in Rochester. After his ordination he served at Our Mother of Sorrows Parish in Greece, St. Thomas the Apostle Parish in Irondequoit, Nativity of the Blessed Virgin Mary Parish in Brockport and St. Lawrence Parish in Greece. Although he had reached senior status in 2015, he continued to serve the Greece parish until shortly before his death.

St. Lawrence parishioners were fond of Deacon Beck, who met many families through his work with the parish’s baptismal and marriage-preparation programs, noted Father Lee Chase, pastor.

“He loved working with the young families. He was very enthusiastic about celebrating baptisms. He really enjoyed himself, and he really enjoyed the marriage-preparation program and presiding at weddings,” Father Chase said.

Deacon Beck had been serving at St. Lawrence for nearly 10 years and was a welcome and enthusiastic presence in the parish, Father Chase added.

“He was very easy to work with. He just wanted to serve in whatever way he could,” he said.

Deacon Beck also had been involved with Rochester Area Right to Life and was a chaplain at Hildebrandt Hospice in Greece. He continued his ministry at both the hospice facility and St. Lawrence even after he was diagnosed with cancer, according to Father Robert Bradler, one of his close friends.

“Even though he had cancer, he accepted it as the will of God and was willing to go and do what he could do to keep serving people as long as he could. He had a great love for the sick,” Father Bradler said.

“He did Scripture studies with the people, and one of the Scripture studies even went into a field trip to the Holy Land,” Father Bradler said. “He was a quiet, unassuming person and a man of deep faith. He worked for social justice. He always had a small smile on his face. Not a great big grin, but a very small smile every day.”