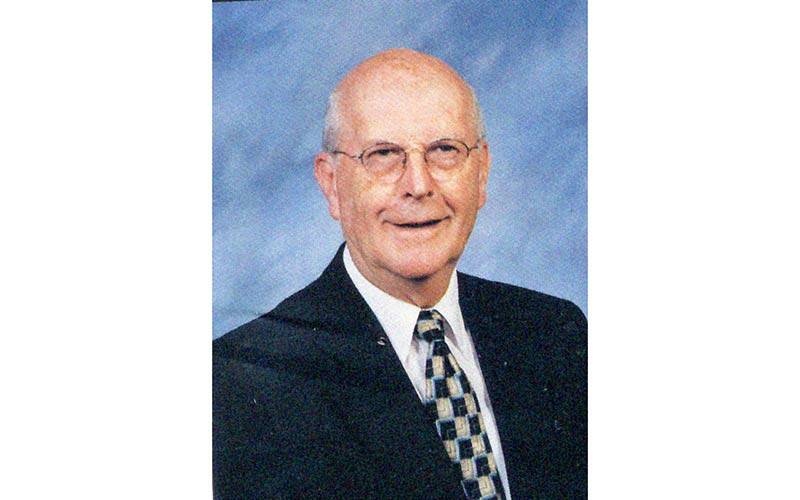 Deacon William P. Dougherty, a member of the inaugural class of permanent deacons in the Diocese of Rochester 40 years ago, died April 14, 2022. He was 93 years old.

A native of Wellsville and Andover, N.Y., Deacon Dougherty served in the United States Army during the Korean War, working in military intelligence. He earned bachelor’s and master’s degrees from Alfred University and went on to work for 37 years in the Elmira Heights Central School District, retiring as superintendent of schools.

He was ordained a permanent deacon April 17, 1982, by Bishop Matthew H. Clark at Sacred Heart Cathedral. He served at St. Charles Borromeo Parish, Elmira Heights, from 1982-93; in campus ministry at Elmira College from 1987-2000; and in the St. Charles Borromeo/St. Casimir cluster from 1994-2000. He also was a hospital volunteer and was involved with the Elmira Heights Police Department and Elmira Heights Rotary Club. He reached senior status in 2000.

“Bill was a quiet leader who was a great planner. He led by example,” said Deacon George Welch, a classmate and close friend. “He was kind and gentle. His first thoughts about people were, respond with kindness.”

“Deacon Bill Dougherty was a true gift to the diaconate and its first ordination class,” added Deacon Raymond Defendorf, another 1982 classmate and friend. “His homilies were well-written and presented, and spiritually beneficial to his congregation.”

Deacons Welch and Defendorf noted that Deacon Dougherty conducted much of his ministry in collaboration with his wife, Mary, who died in July 2020. Deacon Defendorf added that he and Deacon Welch would visit Deacon Dougherty every year so that the three Southern Tier deacons could celebrate their ordination anniversary; they noted their 40th jubilee together just a few days before Deacon Dougherty’s passing.

His funeral Mass is scheduled for Thursday, April 21, 2022, at 10 a.m. at St. Mary Our Mother Church, 816 Broad St., Horseheads. Interment will follow at Woodlawn Cemetery.

Memorial donations may be made to Food Bank of the Southern Tier, 388 Upper Oakwood Ave., Elmira Heights, NY 14903; or to a charity of one’s choice.