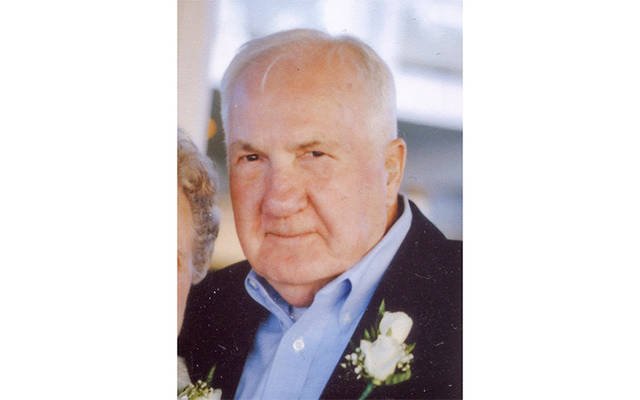 Deacon William “Bill” Maune, was ordained in the first class of permanent deacons for the Diocese of Rochester before performing most of his diaconal ministry in the Archdiocese of Chicago, died Oct. 24, 2019. He was 95 years old.

A native of the New York City area, Deacon Maune was a World War II veteran who served in the Army Air Corps as a ball gunner on a B24. After the war, he worked for a subsidiary of Eastman Kodak Co. and was transferred at least five times throughout his career. One of those relocations brought Deacon Maune and his wife, Winifred, to the Rochester area in 1974.

They joined St. Lawrence Church in Greece, and it was through their parish involvement that the Maunes met Dick and Rose Marie Lombard in 1981. At the time, Deacon Maune was going through diaconal formation. He was ordained in 1982 and served at St. Lawrence until 1985.

“He (Deacon Maune) was a role model for deacons,” said Rose Marie Lombard, whose husband was ordained a deacon in 1987.

In 1985, Deacon Maune took a new assignment at Rochester’s Our Lady of Perpetual Help Parish. In 1987, he became an associate director of the diocesan office of the permanent diaconate and served at St. Mark Church in Greece. Deacon Maune and his wife moved to Park Forest, Ill., in 1994 and served at St. Irenaeus Parish in the Archdiocese of Chicago.

Deacon Maune reached senior status in 2002. Even though he lost his eyesight due to macular degeneration, he continued to serve as a eucharistic minister and volunteer at St. Irenaeus.