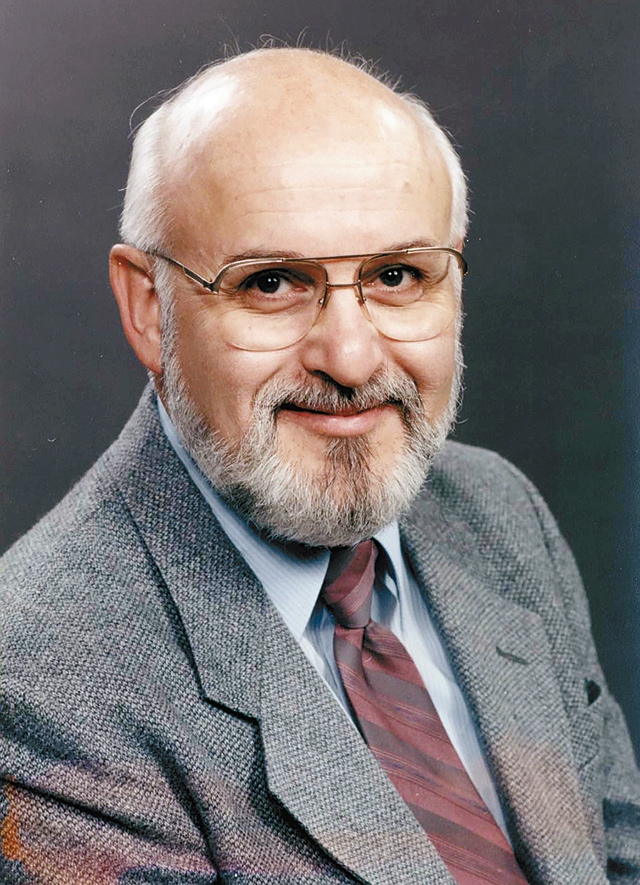 Deacon Eugene Edwards first considered the diaconate program upon the recommendation of a friend, who also was a deacon.

He had only become a Catholic in the late 1970s, having been baptized in the German Evangelical Reformed Church.

After completing his formation and being ordained in 1987, Deacon Edwards served at Church of the Good Shepherd in Henrietta (1987-99), which is now part of St. Marianne Cope Parish, before reaching senior status. He then served at St. Rose Church in Lima, St. Paul of the Cross Church in Honeoye Falls and St. Agnes Parish in Avon, which are currently a cluster where he continues to help out as needed. He also is professor emeritus at Monroe Community College.

Deacon Edwards and his wife, Karoly, also have led many weekend retreats for couples as part of Marriage Encounter. He also served as chaplain for the Rochester Fire Department Protectives, which he joined in 2002. 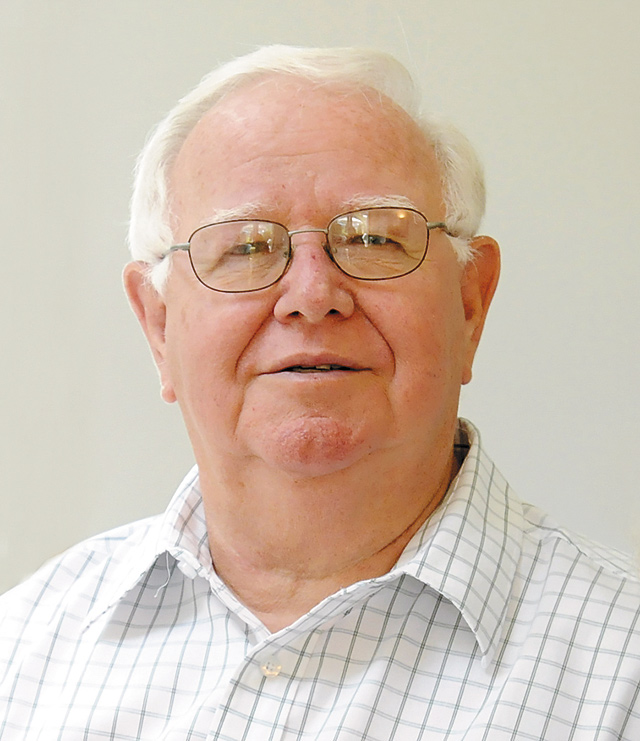 The shortage of priests had an influence on Deacon James Fitch’s decision to enter the diaconate program.

“I thought not of the priesthood but of being able to support them (priests) and take some of the stress off of them,” he said.

Deacon Fitch had converted to Catholicism decades before his ordination as a deacon. He had originally been baptized in the First Evangelical United Brethren Church. His parents didn’t attend church except for special occasions. So when he met his wife, Donna, while they were both in high school, he accepted her invitation to attend Mass at St. Michael Church in Newark.

“That started it,” he said of his conversion under the guidance of Father Joseph McDonnell.

He and his wife of 59 years went on to teach religious-education classes at St. Michael. Prior to that, they oversaw marriage preparation for the diocese and ran the pre-Cana program at Holy Rosary Parish in Rochester, which was his first assignment. He also served at Holy Rosary and Most Precious Blood in Rochester as a bookkeeper until 1994.

Parents to six sons, the couple also presented at Marriage Encounter workshops around the Rochester area as well as in Syracuse and Canada, Deacon Fitch said. They were the first to bring Retrouvaille to the diocese to help couples whose marriages are struggling, he added.

Deacon Fitch later went on to serve in the parish cluster of St. Anne in Palmyra, St. Gregory in Marion and St. Patrick in Macedon, now St. Katherine Drexel Parish. He remains involved with Stephen Ministry at the parish and as a volunteer chaplain at Wayne County Nursing Home in Lyons. 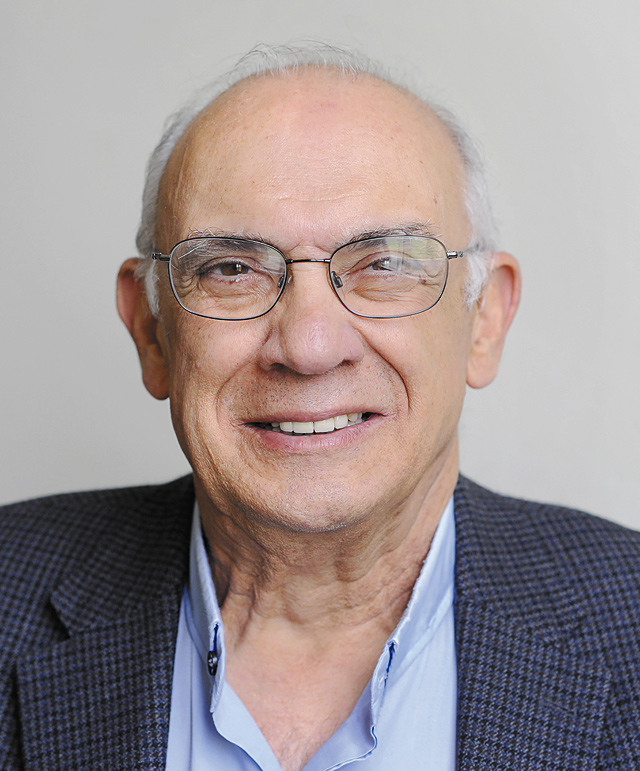 Deacon Richard Lombard began his 30-year ministry after spending his early career in the banking industry. He entered the diaconate program upon the suggestion of friends and his wife, Rose Marie, he said.

After ordination, he spent 12 years as a full-time pastoral associate at Holy Name of Jesus in Greece (1987-99). He then became pastoral associate at Greece’s Our Lady of Mercy Parish, where he worked for eight years until the church closed in 2010. Afterwards he returned to Holy Name of Jesus to serve as part-time deacon. He reached senior status in 2015.

Deacon Lombard and his wife also were longtime presenters for Isaiah Ministries, a national preaching ministry.

“That was a really good thing we did together,” he said.

Deacon Lombard currently assists at St. Charles Borromeo Church as needed and preaches once a month at Mass. He said he also has reached the point in ministry where he is celebrating marriages for people whom he baptized as babies.

“It’s a really good feeling to (have) long- term, close relationships with so many people,” he remarked.

He and his wife have three children and seven grandchildren. 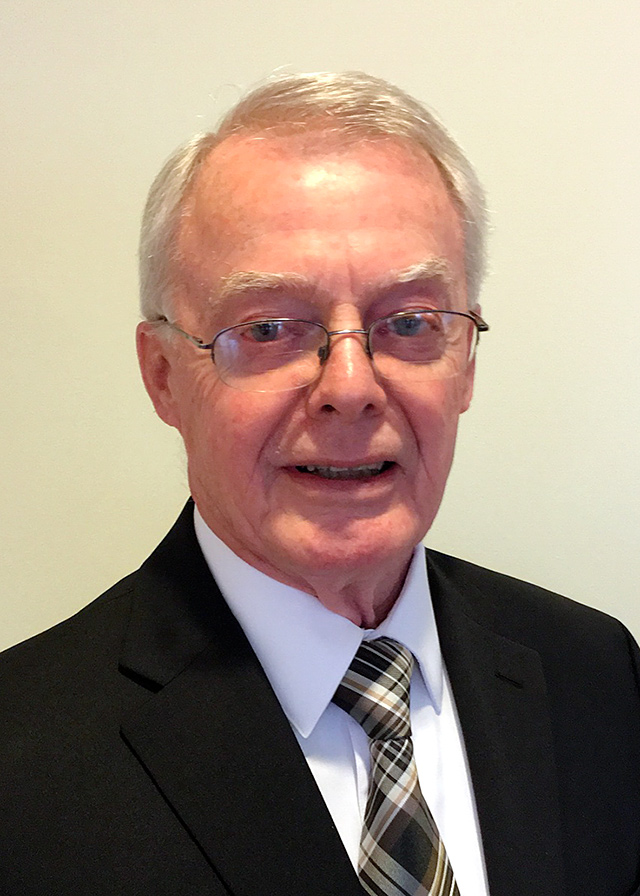 Deacon Thomas Cass took a circuitous route to the diaconate.

Owner of a “gentleman’s farm” in Wayne County, Deacon Cass worked 26 years at Xerox Corp. as an engineer and later in management, he said. After retiring at age 52, he decided to enter ministry as a deacon.

After his ordination, he served at St. Michael Church in Newark until 1997 when he became the diocesan director of deacon personnel and also served on the National Association of Deacon Directors. In 2000, Deacon Cass and his wife, Jean, took a leave of absence to travel around the country. He returned and served at Good Shepherd Catholic Community in southern Cayuga County for seven months until permanently leaving the diocese to become caretaker at the Monastery of Bethlehem in Livingston Manor in the Catskill Mountains region.

He and his wife lived at the monastery until more than a year ago. He currently serves as a deacon for two Vermont churches — St. Peter in Vergennes and St. Ambrose in Bristol.

Deacon Cass said being of service is what he has always enjoyed about being a deacon.

“Sometimes, that service is in the liturgical form,” he said. “Sometimes it’s in helping the underprivileged, serving the poor.”

Deacon Cass and his wife raised seven children. One of his two deceased children was a nun, he said. They have 21 grandchildren and 12 great-grandchildren. 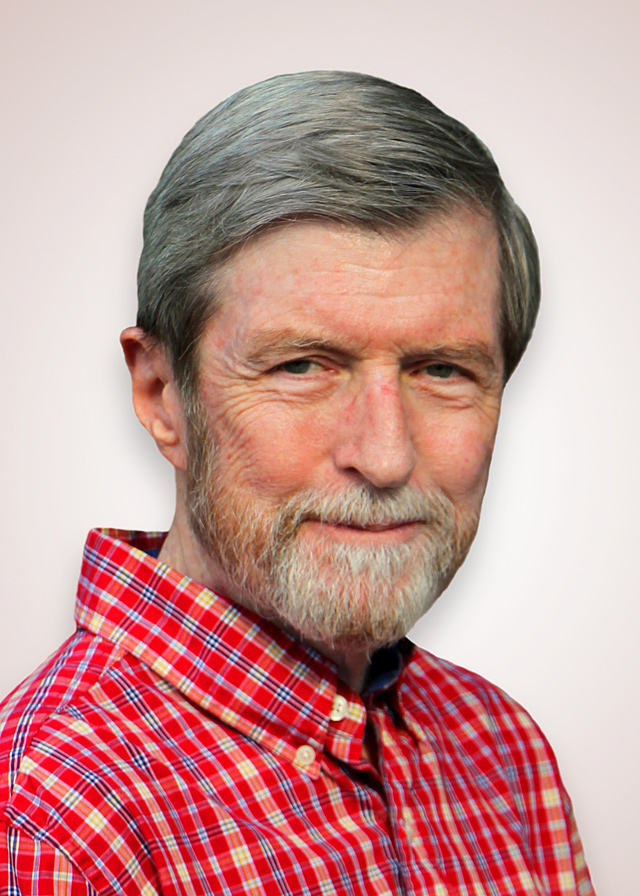 Deacon Claude Curtin considered the priesthood in his youth when he studied at schools run by the Passionists Order in his native Chicago as well as in Missouri.

But youthful restlessness led him to seek adventure in Paris, France, he said, where he obtained a master’s degree in French from the Institute Catholique. A man he met there introduced him to Rochester and a job teaching philosophy at Nazareth College in the late 1960s.

He and his wife of 50 years, Patricia, have been in Rochester ever since. The couple had met in Paris.

After nine years at Nazareth, he changed courses again and worked as director of an alcohol and drug treatment program until the early 1990s.

He again felt the call to ministry during a Cursillo weekend retreat, Deacon Curtin said.

“I had a touch of the spirit,” he said. “I thought instead of being a consumer of the church, I should maybe do something. So, the idea got planted into my mind of the diaconate.”

After ordination he was assigned for several years at St. Michael Parish in Penn Yan, now part of Our Lady of the Lakes Catholic Community. Concurrently, he became diocesan director of deacon formation (2003-07). He later taught courses in the certificate and degree programs in theological studies at St. Bernard’s School of Theology and Ministry until 2015.

He reached senior status in 2016 and now splits his time assisting out at Our Lady of the Lakes in the summer and St. Vincent De Paul Church in Wild Wood, Fla., during the winter. 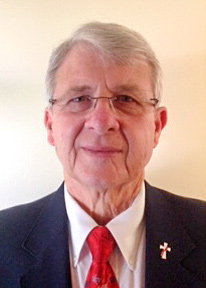 Deacon David Paluskiewicz was an altar server in his native Elmira Heights from fourth grade until his senior year of high school at St. Charles Borromeo Church.

Joining the diaconate 20 years later thus seemed a natural transition into ministry, even though he had already started serving the church as a layperson, he said.

Deacon Paluskiewicz also served in the U.S. Air Force from 1971-75. After his service, he took on different roles at parishes in Elmira, from youth ministry to extraordinary minister of holy Communion, lectoring and visiting the sick, he said.

He moved to Rochester in the 1980s and earned a bachelor’s degree in community and human services from Empire State College.

After ordination he was assigned as a deacon at Blessed Sacrament Church in Rochester (1992-2001). Then, Deacon Paluskiewicz served at St. Columba/St. Patrick Church (2001-12) as a pastoral associate and director of faith formation. When St. Columba/St. Patrick clustered with St. Vincent De Paul Church in Churchville and St. Mary of the Assumption in Scottsville, he continued in the same role (2012-17).

He also worked as an on-call chaplain for Unity Health System (2002-15). Since 2010, he has worked as a chaplain at the Edna Tina Wilson Living Center in Greece. Having dealt with illness in his family, he also has felt called to healing ministry, he said.

“I can bring peace and happiness and then the joy the Scripture brings us,” Deacon Paluskiewicz added.

He and his wife, Anne, have two children.

About a decade after converting to Catholicism, Deacon Greg Sampson was ordained a deacon.

A native of Sioux City, Iowa, his family did not have any religious affiliation, he said. As a young adult, he first considered conversion after a friend, who was an Episcopalian priest, pointed out that he was sounding like a Catholic.

Another priest, the late Diocese of Rochester archivist Father Robert F. McNamara, put the idea of becoming a deacon in his head. Father McNamara was instructing Deacon Sampson and his wife, Carole, through the Rite of Christian Initiation of Adults program and had emphasized restoration of the permanent diaconate as one of the outgrowths of Vatican II.

“I thought got a little encouragement from him to pursue it at some point, which I did,” Deacon Sampson added.

“That work was so valuable for me … to see how (others) live,” he said.

He moved back to Iowa in 2003 and has been serving in ministry at three rural parishes in the Diocese of Sioux City. He continues doing volunteer service at a regional hospital and in jail ministry.

“I’ve been blessed in my diaconate to have been working under some really great priests in Rochester and here (in the Diocese of Sioux City),” he said. 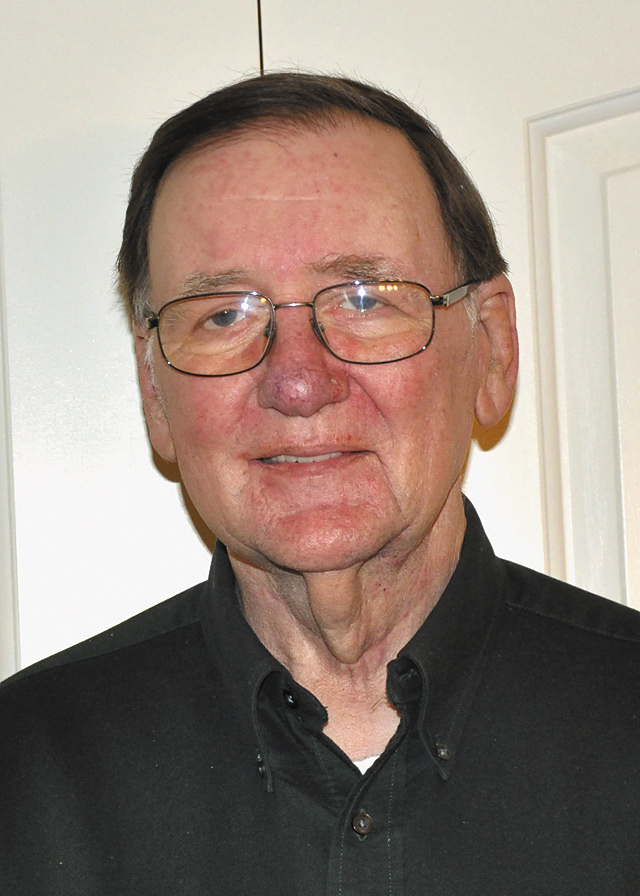 Deacon Ed Smith entered the diaconate only a few years after converting to Catholicism.

Baptized in the Episcopal Church, Deacon Smith was raised as a Presbyterian but said he often found himself attending Masses at St. Mary Church in Waterloo.

“I would sneak in and sit in the back,” he said.

Soon after becoming Catholic in 1985, a priest suggested that he consider entering the diaconate upon seeing his consistent presence at Masses and Marian devotions, he said.

“He must have recognized something going on there,” Deacon Smith noted.

During his training and first decade as a deacon, he continued working as a supervisor at Mobil Chemical in Macedon and Canandaigua. After a 30-year career he retired in 2005 after experiencing health issues, he said.

Upon his ordination, Deacon Smith was assigned to St. Dominic Church in Shortsville, which subsequently clustered with St. Felix Church in Clifton Springs and St. Patrick Church in Phelps and became St. Peter Parish. He continues in ministry at the parish, he said, and focuses on healing ministry. He regularly visits nursing homes, assisted living facilities and the rehabilitation unit at the Clifton Springs Hospital & Clinic, as well as leads prayer services and Communion services for the parish as needed.