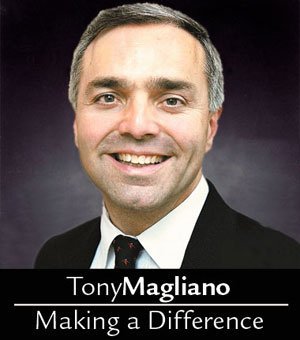 Without intelligent, open-minded debate from time to time, groups risk becoming narrow-minded, passionless and even wrong.

Bold, respectful debate over serious issues can bring clear vision and passionate action to the mission of any well-meaning organization. And that is especially true for the Catholic Church.

From its very beginning the church has been debating. In its earliest years, there was a hotly debated issue over whether Gentile converts to Christianity needed to observe the Mosaic Law — including male circumcision. Finally, the apostles and other church leaders at the Council of Jerusalem decided that such observance was largely unnecessary.

If those Christian forces pushing for Gentile male circumcision had not been successfully challenged with passionate debate, church membership would have been far less appealing, especially to most Gentile males.

Unfortunately, today the necessary art of debate is largely ignored. It’s as though most people would rather accept an easy, shallow "peace," instead of engaging in the hard work of deep prayer, serious study and respectful debate that is necessary for the development of genuine unity and true peace.

At their recent meeting (Nov. 12-15) in Baltimore, the U.S. Catholic bishops engaged in a rare event: a heated debate!

The debate was over a proposed document on the economy titled "The Hope of the Gospel in Difficult Economic Times."

Many of the older bishops who were involved with the highly challenging and prophetic 1986 pastoral letter "Economic Justice for All: Catholic Social Teaching and the U.S. Economy" voiced strong opposition to the proposed newer and far weaker document.

They criticized its failure to make a strong connection with 120 years of Catholic social teaching — including "Economic Justice for All," which teaches that "All human beings, therefore, are ends to be served by the institutions that make up the economy, not means to be exploited for more narrowly defined goals."

Also of concern to many of the more seasoned bishops was that the new document failed to address the root causes of economic injustice such as greed in the lending industry, the government’s refusal to regulate financial institutions, the lack of tax fairness, increased middle class burdens and heartless huge congressional budget cuts to programs aiding the domestic and global poor.

The U.S. bishops engaged in intense debate was actually a positive sign that they were struggling — like all committed believers — to gain a fuller understanding of the will of God.

The global economy is a mess. And countless people are hurting. But even before this Great Recession, 1.4 billion fellow human beings were struggling to survive in extreme poverty, largely because uncontrolled capitalism overwhelmingly serves the rich and breeds selfishness.

The world’s suffering masses need the bishops to take the lead in strongly and prophetically proclaiming a message of economic justice for everyone, especially for the poor!

And then the rest of us, along with the bishops, need to boldly put that message into action.

The bishops’ debate and rejection of a watered-down economic statement is over.

Now is the time for bishops, parishioners, students and all concerned to take the debate to that still highly relevant and powerful document "Economic Justice for All," which challenges us to accept that "The time has come for a new American experiment — to implement economic rights, to broaden the sharing of economic power and to make economic decisions more accountable to the common good."