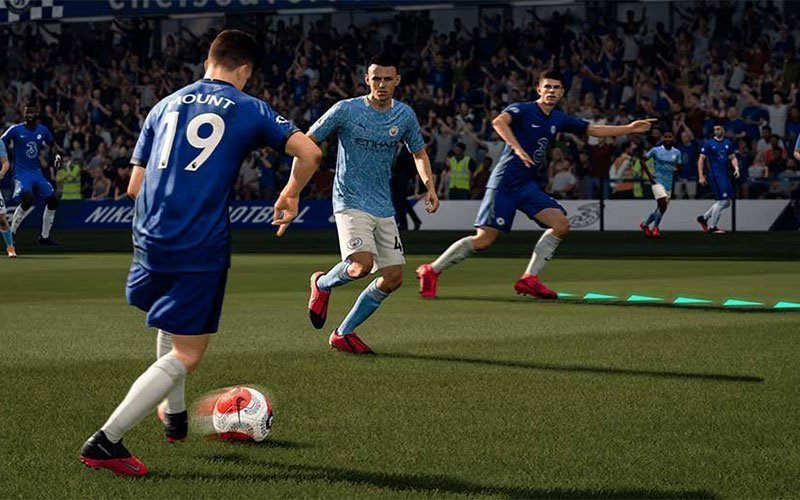 This is a scene from the video game "FIFA 21." (CNS photo by Electronic Arts)

But this easygoing title — named, like its predecessors, for the federation that regulates what everyone outside North America calls football — is free of any problematic content and is, accordingly, suitable for players of all ages.

As befits a digital version of the world’s most popular sport, “FIFA” is a sprawling affair, packed with more than 700 teams, 17,000 players, 90 stadiums and 30 leagues from around the globe.

As with previous versions, there are three main game modes. “Career” allows players to manage and develop competitive teams, buying and selling athletes’ contracts, pushing them to develop new skills, and working to ensure they don’t leave for a rival club.

“Ultimate Team” features a selection of 100 iconic players. “Volta” sees the beautiful game being played in the streets rather than on turf.

Mechanics are exceptionally fluid. Running with the ball or passing it to another player comes off very smoothly, which is important given the fast pace of the sport. Additionally, the graphics are top-notch, making this a visual masterpiece.

In a new development, Volta mode in this release includes an option for online cooperative play so that gamers can join up with friends for matches on blacktop. The downside of this for parents is the possibility that youngsters may be exposed to unsavory behavior on the part of other players.

Mom and Dad may also want to be aware that in-game purchases are available to access new players, gear and other items.

Diehard fans of the series are sure to appreciate this latest iteration. But more casual players looking to be introduced to virtual sports may be better off picking up an earlier version for a lower price.