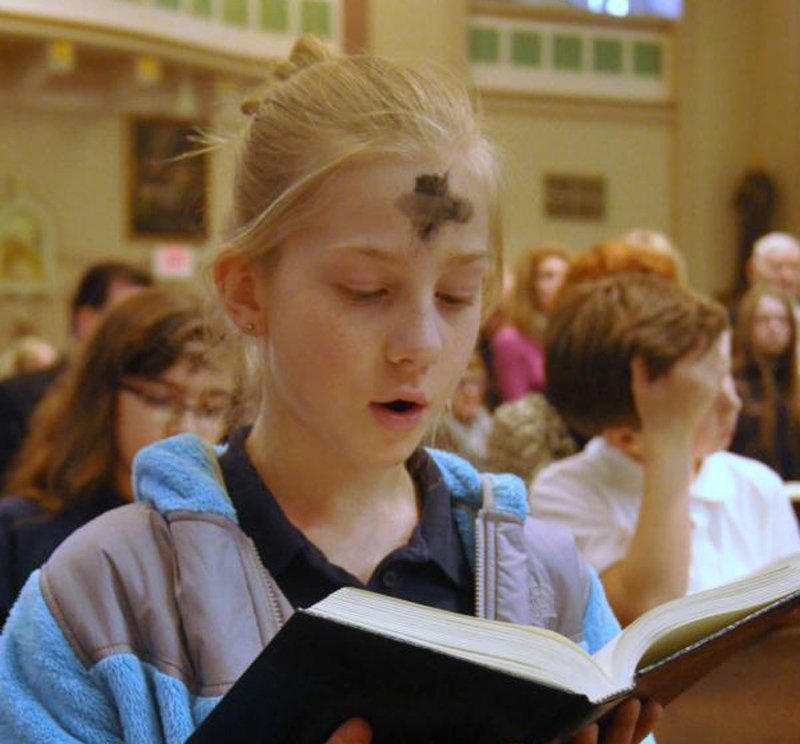 Maria Hopkins and her husband take their two daughters to church every Sunday and make their Catholic faith an integral part of their family’s daily life.

That’s why it was with some chagrin that Hopkins realized one day during Lent 2015 that she’d spent more time talking to her young daughters about the Easter Bunny and Easter egg hunts than she had spent talking about Jesus.

Hoping to remedy that situation, she asked the children why they celebrate Easter. Relief and joy flooded through Hopkins when her 3-year-old spontaneously shouted out, “Jesus is alive!”

“I hadn’t framed it that way, but that was the understanding she came to through the process of our many conversations and interactions. I was really just so happy that’s what she came to. It was just one of those moments where I was just like, ‘OK, what we’re doing here is working,'” said Hopkins, who belongs to St. Agnes Parish in Avon.

In the Diocese of Rochester parish catechists and parents — the first catechists of their children — utilize a variety of different approaches as they help children learn about their faith, including Lent and Easter. Hopkins said she and her husband never sat their daughters down for a long conversation specifically about Jesus’ passion, death and resurrection, yet they reference those events frequently in many small, casual conversations with the girls, who are now 4 and 7. For example, they know Jesus died on the cross because they see a large crucifix in church every Sunday, but they also know he rose again, and their parents direct their attention to the altar during the consecration each week and tell the girls Jesus is there.

“We have little conversations sprinkled in here and there, and eventually there’s a really profound understanding,” Hopkins said.

There’s no need for parents to sit down and have a formal discussion about faith with their very young children as long as the parents themselves are actively practicing that faith, opined Nancy Kavanagh, a mother of three.

“Whatever they see you doing within your faith they will mimic. Let them follow your example. I firmly believe children learn by example,” said Kavanagh, secretary at Sacred Heart Parish in Auburn.

When conversations are warranted, Kavanagh has found it’s usually best to start with an observation and let the dialogue flow from there. Parents should not be afraid of scaring their children by discussing with them Jesus’ passion and death, noted Deacon Rick DeMars, deacon at Blessed Trinity/St. Patrick parishes in Owego. Children who attend Mass regularly see Jesus on the cross each week and are not scared, even though they may not understand what the crucifix depicts.

“I have found teaching children about the Resurrection and its meaning helps them to understand the Passion,” Deacon DeMars said. “Through the trials (comes) rebirth.”

Children sometimes are surprised to learn the Jesus’ crucifixion and resurrection are so closely intertwined, remarked David Wikiera, a volunteer catechist at St. Mary, Blessed Sacrament and St. Boniface parishes in Rochester. Wikiera uses an approach called Godly Play, which helps children explore their faith through story, gain religious language, and enhance their spiritual experience through wonder and play. On the first Sunday of Lent Wikiera shows his students a card depicting the faces of Mary, Joseph and baby Jesus and tells the story of Jesus’ birth. Each Sunday during Lent he retells that story and adds another chapter to the story the children are learning about Jesus’ life. Each story is completely focused on Jesus and is told in simple language the children can understand.

“When you look at the crucifixion side, you know the resurrection side is there. You cannot pull them apart. It is powerful,” he said.

Lauretta Beale said she’s helped children understand Jesus’ death and resurrection by making Resurrection Eggs, which are plastic eggs with homemade religious symbols inside, such as a cracker to symbolize the Last Supper or twigs twisted into a circle to represent the crown of thorns. The eggs are numbered and the children open one each day as they learn the story of Easter, said Beale, director of youth and young-adult ministry at All Saints Parish in Corning.

Resurrection Rolls also provide a fun way for parents to help their children learn about their faith, noted both Beale and Kavanagh, who found recipes for these rolls online. Parents read John’s account of Jesus’ death and resurrection while wrapping marshmallows — symbolizing Jesus — in crescent rolls, which symbolize the cloth that wrapped Jesus’ body in the tomb. After the rolls come out of the oven, the marshmallows have disappeared, just as Jesus’ body disappeared from the tomb.

“It beautifully explains things in a way young children can understand,” Kavanagh said.