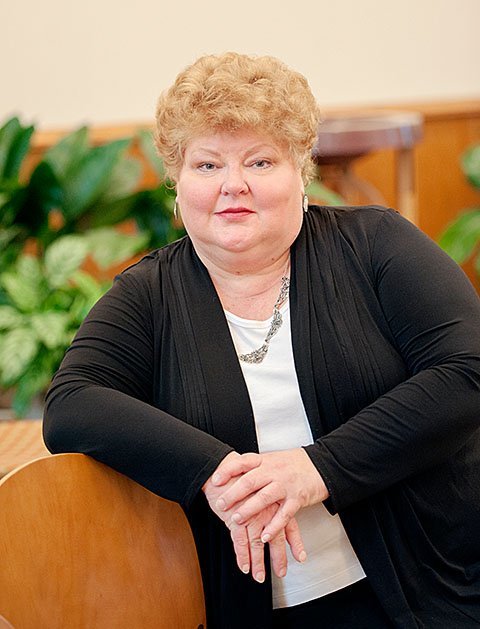 Jann Armantrout, who has served as life-issues coordinator for the Diocese of Rochester for the past 14 years, retired May 1. She will be honored during a reception at the end of May.

She has tirelessly participated in lectures and debates, written editorials and scanned books, documents and news reports.

Over the past 14 years, Jann Armantrout has gone the extra mile to inform and engage the local community and beyond on life issues. Although such advocacy can at times be met with resistance or ignored, Armantrout said those frustrations have been more than offset by the many people who have heeded her call.

“The pro-life community with whom I’ve had the honor of working is diverse, large and outstanding. I’m very proud of the work we’ve accomplished in my career — more (proud of) them than me,” said Armantrout, who retired May 1 from her position as diocesan life-issues coordinator.

Diocesan officials said a search is currently underway to replace Armantrout, who will be honored with a reception May 29 at the Genesee Valley Club in Rochester.

“Jann has been an incredible advocate for life issues from conception to death, an educator on these issues par excellence and a source of endless energy for the promotion and defense of our Catholic values and teaching,” said a statement from Jack Balinsky, diocesan director of Catholic Charities.

Armantrout, 59, is a native of Buffalo. She received her bachelor’s degree in political science from SUNY New Paltz in 1976. After moving to Rochester in 1985 she worked extensively with people with developmental disabilities.

She began as diocesan life-issues coordinator in 2000, succeeding Suzanne Schnittman, the only previous person to serve in that role. The life-issues office was established in 1995 as an outgrowth of the 1993 diocesan synod, through which delegates named promoting the consistent life ethic — which opposes abortion, euthanasia, war, poverty, racism and the death penalty — as a diocesan priority. In 1999 the position became an entity of diocesan Catholic Charities.

Armantrout’s expertise was reflected in 2006 when she became certified in bioethical research by the National Catholic Bioethics Center. Since 2011 she has taught bioethics at St. Bernard’s School of Theology and Ministry in Pittsford. An ardent supporter of adult stem-cell medical use and research — and an opponent of research and procedures involving embryonic stem cells — Armantrout was named to the Empire State Stem Cell Research Board in 2010.

As a result of an initiative Armantrout undertook with area Knights of Columbus councils, ultrasound machines have been added during the past two years at pregnancy-care centers in the Monroe County, Finger Lakes and Southern Tier. In addition, Armantrout has fostered greater communication among pregnancy centers located in the diocese.

An expert on end-of-life issues, in 2004 she attended a Vatican conference that focused on patients who are in a persistent vegetative state. Among Armantrout’s other activities have been serving on the diocesan Public Policy Committee and supporting Project Rachel, a ministry for people suffering the effects of abortion.

Armantrout said she’s been gratified to see greater cooperation in the pro-life movement, “working together to respect the dignity of human life.”

“The participation of ordinary Catholics in the movement has been exceedingly edifying,” she remarked, noting that the number of buses transporting people from the Rochester Diocese to the March for Life in Washington, D.C., each year has increased from two to nine during her tenure.

She also observed that public support was high — and crucial — in 2013 when she helped lead a statewide advocacy effort prior to a state Senate vote denying a proposed expansion of abortion rights.

“Rallying the troops and demonstrating that abortion expansion in New York state could be stopped was the pinnacle moment of my career,” she said, citing that effort as an example of her office being a difference-maker: “It was tangible, concrete — you see where you’ve started to have an impact.”

Armantrout, who has two grown sons, said that retirement will allow her to devote herself to other pursuits, particularly in the areas of religious freedom and Catholic moral teaching on sexuality.