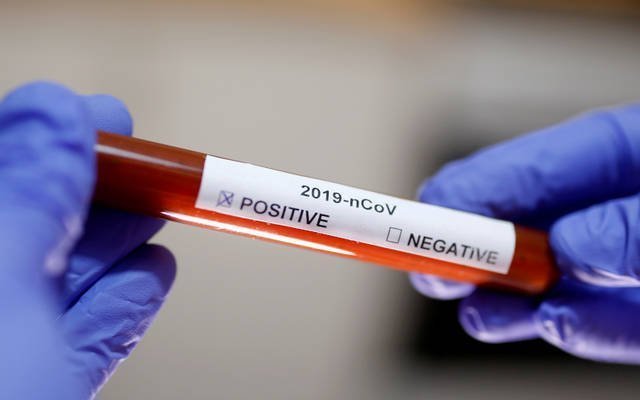 A test tube with a coronavirus label is seen in this photo illustration taken Jan. 29. (CNS photo by Dado Ruvic/Reuters)

Western New York’s first case of the coronavirus (COVID-19) was confirmed late Wednesday, March 11, in a Rochester man who had recently returned from Italy. In response to this news Dr. Michael Mendoza, Monroe County’s public health commissioner, recommended the cancellation of all gatherings of more than 50 people. Later that day, New York Gov. Andrew Cuomo announced a statewide ban on gatherings of 500 or more people, and has reduced by half the legal capacity of facilities with a maximum occupancy of less than 500.

Weekend Masses at the parishes throughout the 12 counties of the Diocese of Rochester have not been cancelled, but the diocese has provided parish leaders with a set of precautionary guidelines in an attempt to prevent the spread of the virus.

The guidelines, issue March 12 by Father Paul Tomasso, diocesan vicar general, suggest those who are sick from any illness stay at home, and those who feel at risk from exposure to the virus — especially the elderly and most vulnerable — to also stay home.

“Anyone with concern for his or her health is not obligated to attend Mass,” the guidelines state.

Reception of the Precious Blood from the chalice has been suspended, as has hand-holding during the Our Father and handshakes during the Sign of Peace. Catholics are strongly encouraged to receive the Eucharist in the hand rather than on the tongue. The guidelines also state that church fonts for holy water must be emptied, cleaned and changed regularly, and may be emptied or removed.

Catholics also are encouraged to seat themselves in a way that is not conducive to the spread of germs.

“The size of many of our churches and the number in attendance allows for appropriate ‘social distancing’ and the faithful should be advised to sit accordingly,” the guidelines state.

New York state’s March 12 ban on gatherings of 500 or more and reduction of the capacity of smaller facilities should not affect most parishes, based on most churches’ capacities and reported number of Mass attendees, according to Father Tomasso’s letter.

“This does not appear to affect many of our parish Masses. If it does, parishes are encouraged to offer an additional Sunday Mass to distribute the number of worshippers more widely.”

The full text of the diocesan guidelines may be found on the Catholic Courier’s website.

Although Masses have not been cancelled, many other activities that had been planned by Catholic parishes, schools and institutions have been cancelled or postponed.

‚Ä¢ St. Catherine of Siena Parish in Ithaca has suspended all activities that had been scheduled to take place March 16-31, with the exception of Mass, adoration, the rosary and Stations of the Cross. Children’s faith-formation classes and the parish’s Children’s Liturgy of the Word will meet the weekend of March 14-15, in part to send home books and directions so parents can continue their children’s faith formation at home in the coming weeks. The parish’s regularly scheduled Communion services at local nursing homes will take place the weekend of March 14-15 and then be suspended for at least several weeks.

“We invite all of our parishioners to pay close attention to neighbors, friends and family who may be vulnerable to illness, but also may find themselves isolated, lonely and/or in need of help with food or medicine. We trust that those of you who are able will provide financial help and resources to individuals or community organizations who will be helping those who are most vulnerable,” Father Joseph Marcoux, pastor, wrote in an email to parishioners.

Other parishes that have cancelled parish activities include:

‚Ä¢ St. Benedict Parish, Canandaigua and East Bloomfield: March 15 St. Patrick’s Smorgasbord and March 19 St. Joseph’s Table are cancelled, as are Scripture studies previously scheduled for March 19 and 26 and April 2, and a blessing of unborn children scheduled to take place during Masses March 21-22

‚Ä¢ St. Marianne Cope Parish, Henrietta and Rush: The March 13 Stations of the Cross and soup supper are cancelled.

‚Ä¢ Aquinas Institute has cancelled all events and activities from the afternoon of March 12 through 7 a.m. March 16. Several events that had been scheduled to take place after March 16 have been cancelled or postponed, including the baseball team’s spring-break trip to Myrtle Beach, which was cancelled, and the eighth-grade class trip to Washington, D.C., which has been postponed until June.

‚Ä¢ McQuaid Jesuit High School will not hold classes March 16 in order to provide the faculty with “training for digital instruction should an extended school closure be required.” Sports practices and activities scheduled for March 16 will still take place. The school also is adopting a modified dress code which does not require students to wear a tie, sport coat or letter sweater, which “are typically washed much less frequently and thus are prone to carrying germs.”And school-sponsored overnight travel outside of the Greater Rochester area has been suspended through April 13.

‚Ä¢ Our Lady of Mercy School for Young Women has decided to close the school and begin remote instruction. Students will not report to school March 16 through April 13. Remote instruction will begin March 17.

‚Ä¢ Catholic Charities Community Services has cancelled two large events that had been planned in celebration of the agency’s 40th anniversary. “An Evening of Irish Music and Dance featuring Ronan Tynan,” which had been scheduled to take place March 12, has been cancelled, as has the agency’s annual Breakfast with Friends, which this year was to take place March 13 and also feature Tynan, who is a paralympian and internationally acclaimed tenor.

The decision to cancel the events was made “with deep concern for the health and welfare of our community members,” according to a March 12 statement from the agency, which asked for patience as it determined its next steps. Information about those next steps will be posted as soon as possible on the agency’s website.

Sisters of St. Joseph of Rochester

‚Ä¢ Visitors at the Sisters of St. Joseph Motherhouse in Pittsford are restricted. Daily Mass at the motherhouse now is restricted to motherhouse residents only, and outside groups and events have been cancelled until further notice.

‚Ä¢ Take Action ROC, a local advocacy group, has cancelled a “Protecting Parental Rights and Freedoms” workshop that had been scheduled to take place March 23 at St. Pius Tenth Church in Chili.

‚Ä¢ The New Evangelization Summit 2020, an international event that had been scheduled to be livestreamed at St. Mary Church in Bath April 25, has been cancelled.