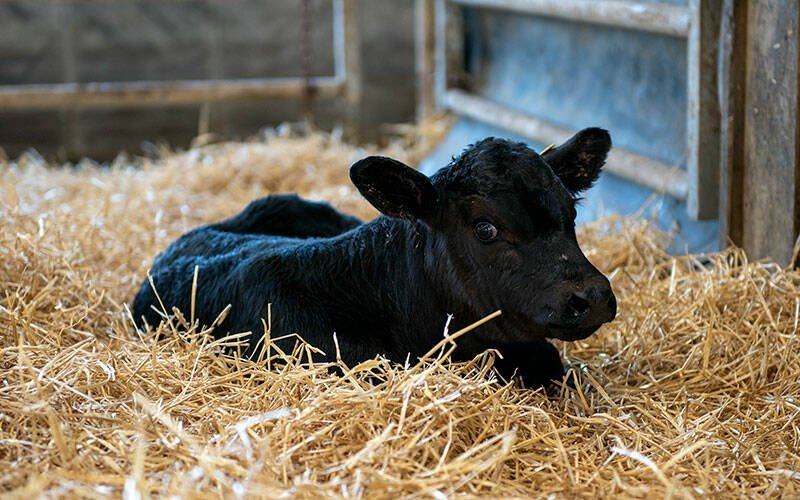 A calf is seen at Noblehurst Farms in Livingston County May 12. The farm is one of many businesses benefiting from New York state’s Nourish New York initiative. (Courier file photo)

The Diocesan Public Policy Committee is encouraging the faithful of the Rochester Diocese to contact their state legislative leaders to request that they send to Gov. Kathy Hochul a bill to make a vital food program permanent.

In a letter sent to parishes, the public-policy committee said advocacy during Public Policy Weekend in February contributed to the state Legislature voting to make the Nourish New York initiative (S4892A/A5781) permanent. The state Senate passed the legislation in March, with the state Assembly passing the bill in May. However, the legislation was never sent to then-Gov. Andrew Cuomo to be signed, the letter stated.

In light of that, the public-policy committee is urging the faithful to contact either Gov. Hochul’s office or their state legislative leaders to ask for the bill to be sent to the governor and signed.

Nourish New York, which began on May 1, 2020, as a response to the coronavirus pandemic, provides funding for the state’s food banks and such emergency food providers as parish and community food pantries to buy dairy, produce and meats directly from area farmers, the fishing community and food manufacturers. The providers then funnel the purchased items through their distribution chains to reach folks who are food insecure. To date, food banks have purchased and passed through to food pantries 21 million pounds of agricultural products from New York farms, which fed 1.3 million food-insecure families across the state.

EDITOR’S NOTE: The following is contact information for Hochul and state legislative leaders: