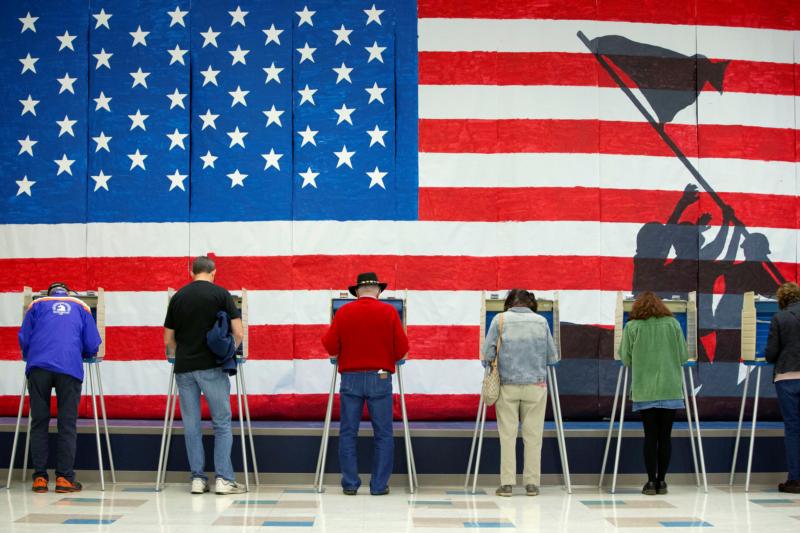 When facing a tough decision, it can be tempting to look for the comfort of having someone else tell us what to do.

Turning to “Forming Consciences for Faithful Citizenship,” approved by the U.S. Conference of Catholic Bishops in late 2019, Catholics looking for clear-cut answers to the question “How should I vote?” will be disappointed.

The document states: “We bishops do not intend to tell Catholics for whom or against whom to vote. Our purpose is to help Catholics form their consciences in accordance with God’s truth” (No. 7).

Can the guidance at least be captured in a tweet? According to the bishops, discussion of how voting might be informed by a moral framework consistent with Catholic social teaching requires many more characters.

In contrast with voter’s guides that boil the assessment down to the single question of which moral issues are “nonnegotiable,” the bishops recognize that Catholic social teaching indicates several more layers of reflection.

The document explains: “As Catholics we are not single-issue voters. A candidate’s position on a single issue is not sufficient to guarantee a voter’s support” (No. 42).

But it is well worth digging into the analysis: “Forming Consciences” offers a rich and beautiful vision of the values and principles that can inform Catholic participation in public life and decisions about political platforms and candidates.

Let’s work with a quote from Pope Francis in the introductory letter. Pope Francis states that the call to holiness requires a “firm and passionate” defense of “the innocent unborn.” At the same time, he also describes as “equally sacred” “the lives of the poor, those already born, the destitute, the abandoned and the underprivileged, the vulnerable infirm and elderly exposed to covert euthanasia, the victims of human trafficking, new forms of slavery, and every form of rejection.”

What to do when no political party’s platform, and none of the candidates on the slate, seem to conform with the full integrity of these concerns?

The first temptation, the bishops note, is to miss the ethical distinctions between different issues: “The direct and intentional destruction of innocent human life from the moment of conception to natural death is always wrong and is not just one issue among many. It must always be opposed” (No. 28).

But their analysis does not stop there. They also warn against a second temptation: to misuse this distinction as an excuse for ignoring other serious threats to human life and dignity, such as the moral crisis of environmental degradation and racism. These, and several other crucially important issues, “are not optional concerns which can be dismissed” (No. 29).

At this point, some might think: This is so frustrating. Why can’t they just state clearly what is the right answer?

Church teaching appreciates that a healthy society should allow for robust discussion about a variety of political parties and proposals. In 2002, when then-Cardinal Joseph Ratzinger was head of the Congregation for the Doctrine of the Faith, the congregation explained what gives rise to a plurality of parties and strategies in concrete political action.

As the congregation described, this plurality arises “because of the contingent nature of certain choices regarding the ordering of society, the variety of strategies available for accomplishing or guaranteeing the same fundamental value, the possibility of different interpretations of the basic principles of political theory, and the technical complexity of many political problems.”

Even if Catholics hold a shared moral vision of the evils that should be avoided and “the good that we must do” (No. 24), that shared vision does not equate with a single “right answer” in politics.

For this reason, in “Forming Consciences” the bishops explicitly encourage Catholics to develop the virtue of prudence, “the charioteer of the virtues.”

Prudence enables us “to discern our true good in every circumstance and to choose the right means of achieving it” (No. 19, Catechism of the Catholic Church, No. 1806).

Prudence also helps us to discern how clear moral principles might apply in the particular circumstances, as well how to evaluate “a candidate’s commitments, character, integrity and ability to influence a given issue” (No. 37).

If prudence is the “charioteer” driving toward the good, “Forming Consciences” also offers a helpful guardrail: the voter’s intent. Recognizing that voters may face truly difficult situations in which all candidates support unacceptable moral positions, the bishops explain that a Catholic may never vote for such candidate “if the voter’s intent is to support that position” (No. 34).

In contrast, “There may be times when a Catholic who rejects a candidate’s unacceptable position even on policies promoting an intrinsically evil act may reasonably decide to vote for that candidate for other morally grave reasons.”

When there is a truly grave moral reason for the choice, the voter’s intent, not the “nonnegotiable” character of the policy topic, is determinative (No. 35).

As the bishops note in their introduction, challenges abound: “At all levels of society, we are aware of a great need for leadership that models love for righteousness, as well as the virtues of justice, prudence, courage and temperance.”

If reflection on “Forming Consciences for Faithful Citizenship” is also pursued in light of those same virtues, we might hope for important steps forward in living out the call to holiness together, to “work with Christ as he builds his kingdom of love.”

(Amy Uelmen is a lecturer in religion and professional life at Georgetown Law School. She holds a Bachelor of Arts, juris doctorate and juridical science research doctorate from Georgetown, and a master’s degree in theology from Fordham University.)

Tags: Election News, USCCB
Copyright © 2022 Catholic News Service, Inc. All rights reserved. Linking is encouraged, but republishing or redistributing, including by framing or similar means, without the publisher's prior written permission is prohibited.