Donnelly confirmed as U.S. ambassador to the Vatican - Catholic Courier 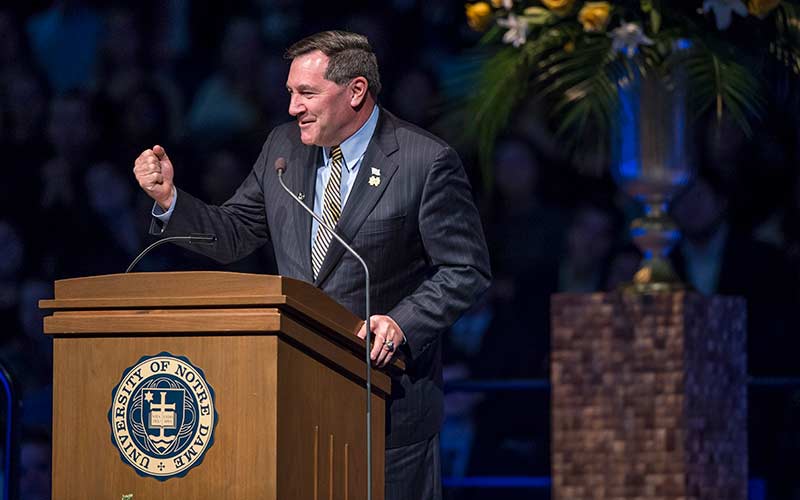 The U.S. Senate confirmed Donnelly, a former member of the House of Representatives and the Senate, in a voice vote Jan. 20.

“Joe is a person of deep Catholic faith and commitment to public service, and I am confident that he will serve in this important new role with vision and integrity,” said Holy Cross Father John Jenkins, president of the University of Notre Dame, Donnelly’s alma mater.

“It comes as no surprise that there was broad bipartisan support for his confirmation as he has proven throughout his career that he is committed to building relationships and working across divisions. Joe has the prayers of his alma mater as well as our commitment to assist him in any way we can,” Father Jenkins said in a statement following the vote.

He is currently a partner at Akin Gump, a Washington firm specializing in public law and policy law.

When Donnelly was running for reelection to the Senate, Democrats for Life of America said he “has been a consistent pro-life voice as well as advocate for women and families, co-sponsoring many important pieces of legislation.”

Other pro-life groups, such as the National Right to Life Committee, gave him low marks for his votes on abortion-related issues.

Donnelly has said he is “committed to protecting the sanctity of life,” but believes exceptions should be made for abortion only in cases of rape, incest or to save the life of the mother.

He said he follows the “seamless garment” approach to pro-life issues, that “all life is critical from conception to natural death.”

“To me, pro-life is actually a broader discussion,” he said.

He was one of seven Democrats who initially opposed the Affordable Care Act in 2010 because the final version did not include a provision to bar coverage of abortion in the federally subsidized private insurance plans the bill would create.

But Donnelly and the others finally agreed to vote for the measure after President Barack Obama said he would sign an executive order clarifying that no taxpayer dollars could be spent on abortions.

Pro-life groups, though, were critical of Obama’s action, saying it would not be effective.

After leaving the Senate, besides working as a lawyer, Donnelly was a professor of the practice of law from 2019 to 2021, teaching courses on American politics, public policy and leadership at the University of Notre Dame’s Keough School of Global Affairs in Washington.

Donnelly met his wife, Jill, while attending Notre Dame and they were married in 1979. They have a son and a daughter.