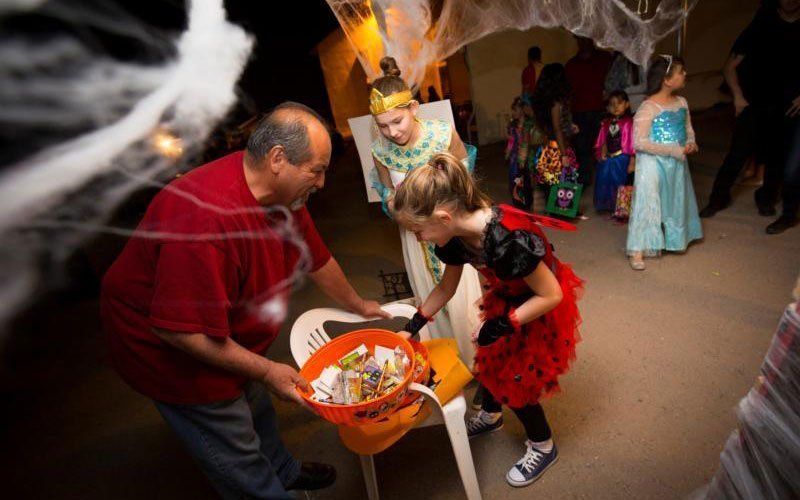 Custom of dressing up for Halloween ‘devotional in spirit,’ says bishop

Sometimes kids can be way more sensible than grown-ups.

When the “Harry Potter” series was all the rage (has it stopped being all the rage yet?), there was a mild hysteria whipped up in certain fundamentalist circles that the series was a sneaky way to seduce children into witchcraft.

Ignoring the long tradition of fairy tales and fables, of King Arthur’s Round Table and “The Lord of the Rings,” even some Catholics became quite agitated about this camel’s nose under the Christian tent.

I asked my kids — all of whom had devoured the series with nary a smidge of demonic possession — what they thought about this argument. My daughter replied with the kind of eye-rolling confidence that only a preteen can muster: “Dad, magic isn’t real!”

Indeed, beneath the veneer of potions and wands and broomsticks is a tale of good versus evil. Like so many other great stories that consumed us when we were young, the J.K. Rowling stories are full of lessons about friendship, sacrifice, courage and faithfulness. These are the lessons my children took from the books.

What prompted my thoughts about Harry Potter was the rapid approach of Halloween. There are similar debates that take place in some circles about the appropriateness of a holiday that celebrates ghouls and goblins and all sorts of spooky delights. I find it scary that adults seem to worry more about their kids dressing up in a costume than the real manifestations of evil.

Memo to handwringing adults: Ghouls and goblins and various ghostly apparitions don’t exist, but lust, greed, pride, envy and anger most certainly do. And they are far more frightening.

These days, Halloween costumes tend toward superheroes rather than old-fashioned monsters. Last Halloween in my neighborhood, the Black Panther was far and away the favorite superhero.

Restoring what once was part of the Halloween tradition, Catholic schools often have kids dress up as saints, spiritual superheroes, a custom that all of my children did when fourth graders.

All of which brings me to the best part of Halloween: It is such a neighborhood celebration.

Parents walk with their kids and chat with neighbors they haven’t talked with in a year. Dads are sipping from their beer koozies, while moms are oohing and aahing over princess dresses and Spider-Man suits. People get out and walk their neighborhoods, remembering what it’s like when we aren’t always dashing to our cars and speeding off to work or the store.

Halloween is a rare moment when we get to make kids smile. When we give them a tiny gift and hear their parents in a stage whisper remind them to “say thank you.” It is a time to trot out the wagon to haul about the smallest children while they cling to plastic buckets heavy with candy.

Even the teen trick-or-treaters don’t bother me, since they are — consciously or not — hanging on to a bit of their youth, to a bit of innocence.

It’s a community festival, and worth celebrating as such. And best of all, we can all go to Mass on All Saints’ Day and ask forgiveness for stealing candy from our children when they finally fell fast asleep, leaving their buckets unguarded.

Erlandson, director and editor-in-chief of Catholic News Service, can be reached at gerlandson@catholicnews.com.