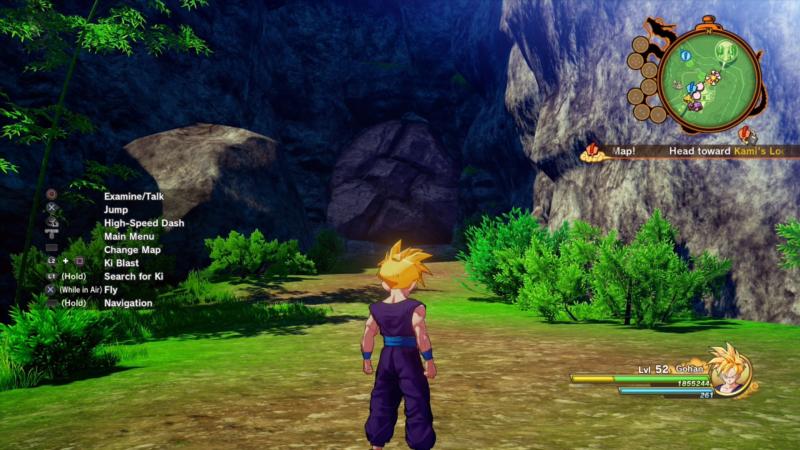 This is an image from the video game "Dragon Ball Z: Kakarot." (CNS photo by Bandai Namco)

NEW YORK (CNS) — “Dragon Ball Z: Kakarot” (Bandai Namco), the latest title in a franchise that reaches back to 1984, brings a fresh spin to the long-standing saga. However, martial arts combat, together with some strong images and mildly off-color language, make the game best for teens and their elders.

It’s a laudable feat to take the original “Dragon Ball Z” anime — spread across nearly 300 episodes — and put it into one video game without the result feeling rushed or incomplete. Veteran fans may have some reservations, but newcomers will welcome the opportunity to experience the full gamut of the classic series.

Gameplay focuses on the conflict between two members of a race of aggressively militant extraterrestrial warriors called Saiyans. One of them, Goku (voice of Sean Schemmel), was raised on Earth as a human. As an adult, he lives a contented family life with his wife, Chi-Chi (voice of Cynthia Cranz), and son, Gohan (voice of Colleen Clinkenbeard).

Goku’s quiet existence is disrupted by the arrival of his fellow Saiyan, Raditz (voice of Justin Cook). Raditz informs Goku that his real name is Kakarot and that his mission was to destroy all life on his adopted planet, not defend it. In an effort to bend Goku to his will, Raditz kidnaps Gohan. Teaming with friends, Goku sets out to take down his new enemy. But soon even greater threats confront them.

In addition to playing as Goku, gamers also have the chance to control other iconic characters, including Piccolo (voice of Christopher Sabat) and Future Trunks (voice of Eric Vale), as well as many others.

A mandatory tutorial mode allows players to pick up the mechanics easily and the combat commands are not overly complicated. Rather than rely on a complex fighting system, “Dragon Ball Z: Kakarot” uses repetitive punches and kicks, plus such special moves as the “kamehameha” or “galick gun.”

The role-playing elements leave much to be desired, despite the heavy focus on story. Many of the side missions are fetch quests that make gamers feel more like a delivery person than a Super Saiyan.

There are anywhere from 40 to 100 hours of gameplay, depending on how invested gamers are in pursuing side missions.

The spiritual force in the game is called ki, a riff on the Japanese concept of qi, a material energy that powers everything people do, even breathing. This is kept sufficiently vague, though, that parents need not be concerned about a nonscriptural religious agenda being advanced.

There is no blood in any of the fighting sequences or cutscenes. Sexual content is limited to the slightly risque cover of an adult magazine.

There is an optional seasonal pass available for purchase that contains extra content not reviewed.