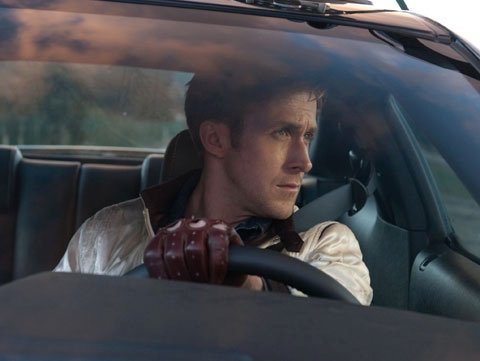 NEW YORK (CNS) — You’ll need a good road map to navigate the plot twists and turns of "Drive" (FilmDistrict), a dark, introspective drama about a self-absorbed loner who lives for the open road but unexpectedly finds his conscience along the way.

Despite stylish direction from Nicolas Winding Refn ("Valhalla Rising"), "Drive" ultimately suffers from an identity crisis, unable to decide whether it is an action movie, a love story, a slasher film or a morality tale. Turns out it’s a little bit of everything.

Ryan Gosling portrays the driver, who is aptly called Driver, a man of few words but master of the long, penetrating stare. His coolness quotient is off the charts, reminiscent of a young Steve McQueen.

By day, Driver has two jobs: He’s a stunt car driver for action movies, and he fixes cars at the auto body shop run by Shannon (Bryan Cranston).

By night, Driver and Shannon show their true colors, running heists around Los Angeles. Driver is the getaway driver, considered the best in the business.

His wheels? A souped-up Chevy Impala. "It’s the most common car in California," Shannon says. "No one will be looking for it."

Not content with petty crime, Shannon buys a race car, and is determined to make Driver a star. He seeks the backing of two mob bosses, Bernie Rose (Albert Brooks), a washed-up film producer, and Nino (Ron Perlman), whose Italian restaurant (which serves Chinese food) is a front for organized crime. Soon, Shannon learns that neither mobster is particularly interested in an honest living on the NASCAR circuit.

Meanwhile, "Drive" shifts gears, as Driver takes notice of his new high-rise neighbor, Irene (Carey Mulligan), and her adorable son, Benicio (Kaden Leos). Something stirs in Driver, and soon he is part of the family, experiencing a kind of domestic bliss. Good thing Irene’s husband, Standard (Oscar Isaac), is away in prison.

Just when "Drive" should be heading off into a happily-ever-after (if immoral) sunset, the film takes another turn. Standard is sprung and comes home, determined to make life better for his family. One thing, though: He still owes the mob money, and is beaten to a pulp. Driver takes pity on him, and offers to arrange one last heist, which will raise enough to put Standard and his family on the straight and narrow.

Of course, the road to redemption is never straight, and "Drive" takes off in yet another unexpected — and shocking — direction.

"Drive" is determined to make Driver, despite his flaws, a sympathetic character. While his concern for innocent victims is laudable, the violence he uses to exact justice is not. His moral compass is badly skewed and veers him off the correct path.