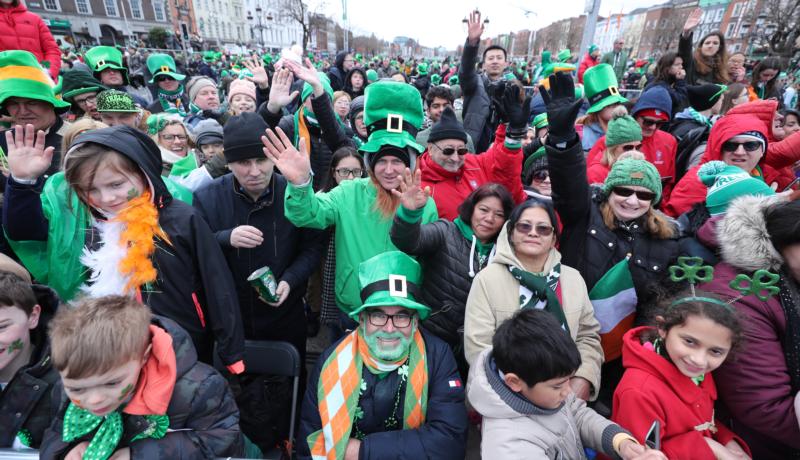 DUBLIN (CNS) — Dublin’s iconic St. Patrick’s Day parade has been canceled due to fears over the spread of coronavirus.

Authorities had initially insisted that the festivities — which mark St. Patrick bringing Christianity to Ireland in 432 — would go ahead, but bowed to pressure from doctors March 9 and announced the cancellation.

A new Cabinet subcommittee on COVID-19 made the decision following advice from the National Public Health Emergency Team. More than 500,000 people had been expected to travel to the Irish capital for St. Patrick’s Day parades and festivals.

The March 17 parade also attracts hundreds of marching bands from all across the world, including the United States and Canada.

The parade is traditionally preceded by Mass for the feast day at the pro-cathedral in Dublin. Church sources indicated that the Mass is expected to still go ahead; however, precautions such as no shaking hands at the sign of peace and no Communion on the tongue will be observed. Holy Water fonts also will be drained.

Before the parade cancellation was announced, Bishop Dermot Farrell of Ossory told The Irish Catholic that the church was ready to act decisively to help stop the spread of the virus.

He said “there is no immediate plan to stop (religious) gatherings, but that may change, depending on how things develop, and we will be keeping a close eye on things.

“It’s a delicate and important purpose in order to contain what is a risk to where we are at now, and we may have to take radical steps going forward, should the situation worsen,” he said.

Echoing this sentiment, Bishop William Crean of Cloyne said: “If it advances beyond the current situation, surely that will lead us to reconsider matters, but now that’s not the intention.”

As of March 9, there were 31 confirmed cases of COVID-19 in Ireland. However, a projection from the Department of Health estimated that up to 40% of the population could become infected.