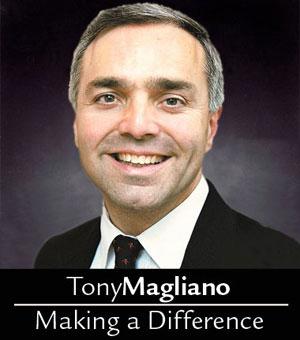 "Nuclear weapons must be banned," declared Pope John XXIII in his famous encyclical "Peace on Earth" (Pacem in Terris).

Good Pope John’s condemnation of nuclear weapons should be universally echoed. After all, these weapons are unequaled in their ability to cause massive death and destruction.

With at least eight nations currently possessing more than 23,300 nuclear warheads, the threat of nuclear war, the acquisition of nuclear weapons by terrorists and the possibility of an accidental launch of nuclear missiles places the world’s survival in peril!

Yet, defying common sense, many politicians and citizens in the U.S., as well as in the other nations that have nuclear weapons, take pride in the fact that they possess weapons of mass destruction.

The Catholic Church continues to warn against such insanity.

Archbishop Celestino Migliore, the Vatican’s representative to the United Nations, said on May 4, 2005, "The Holy See emphasizes that the peace we seek in the 21st century cannot be attained by relying on nuclear weapons. … Nuclear weapons assault life on the planet, they assault the planet itself and in so doing they assault the process of the continuing development of the planet."

Since the U.S. and Russia possess more than 96 percent of the world’s nuclear weapons, it is an absolute moral imperative that we lead the way toward a world completely free of these weapons of mass destruction.

Pope Benedict XVI, in his Jan. 1, 2008, World Day of Peace message, wrote "I feel bound to entreat those in authority to resume with greater determination negotiations for a progressive and mutually agreed dismantling of existing nuclear weapons."

On April 8 President Barack Obama and Russian President Dmitry Medvedev moved in the direction called for by the pope.

By signing the new Strategic Arms Reduction Treaty they agreed to reduce their operational strategic nuclear warheads — those highly destructive long-range air, sea and land-based nuclear weapons — to 1,550 each.

While that number of nuclear warheads still leaves each side capable of destroying the world many times over, it’s a significant step away from the abyss.

But for this treaty to become law it must be ratified by the Russian parliament — the Duma — and obtain the approval of two-thirds of the U.S. Senate.

We will never get from more than 23,300 nuclear warheads to zero in one step. It will take several major treaties to reach the total global nuclear disarmament called for by the Holy See. But this treaty, if ratified, will get the world moving in that direction.

However, Senate approval is not at all certain. That is why it is essential that each of us e-mail and/or phone (Capitol switchboard: 202-224-3121) our two U.S. senators, urging them to vote for ratification of the new Strategic Arms Reduction Treaty.

One final thought regarding the evil of nuclear weapons: According to a new report by the Carnegie Endowment for International Peace, the United States alone spent more than $52 billion in 2008 on nuclear weapons and related programs.

Imagine the number of people around the world who could have been fed, housed, educated and employed with that huge sum. And imagine the good will and resulting peace that would have been achieved.