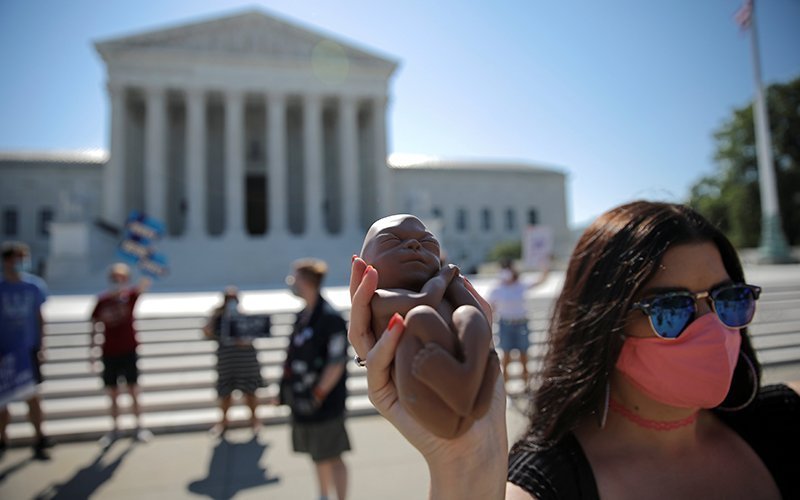 A pro-life activist holds a replica of a fetus outside the U.S. Supreme Court in Washington June 29, 2020. (CNS photo by Carlos Barria/Reuters)

I suspect many readers were much heartened by Father Jim Hewes’s (March) letter to the editor recommending that Catholics who voted for Mr. Biden contact the President and ask that he reinstate the Hyde Amendment, which he rescinded in one of his first executive orders, and that he defund government support for Planned Parenthood.

Amen. Using our tax dollars to support abortion outside and within the U.S. amounts to a scandal before God. I recommend we further ask Mr. Biden not to follow through on his campaign promise to take legal action against the Little Sisters of the Poor, which, if it succeeds, will clearly result in the ruination of their good works.

We should do all we can to compensate for the unfortunate taint of supporting Mr. Biden.