Elijah helps a widow and her son - Catholic Courier 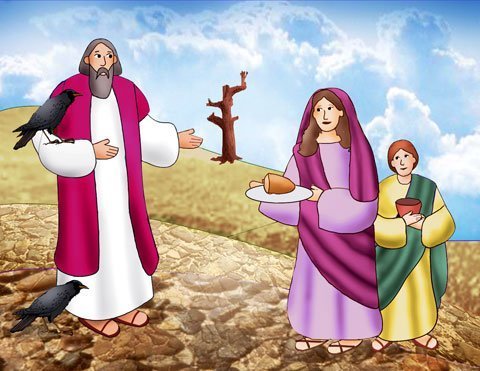 Elijah helps a widow and her son

Elijah helps a widow and her son

The Lord had told Elijah that there would be no rain or dew in Israel until the proper time. He then instructed Elijah to hide in a place called the Wadi Cherith. While he was there, ravens brought food to him morning and night, and he was able to drink from the wadi.

When the wadi had run dry and there still had been no rain, the Lord told Elijah to go to Zarephath in Sidon, where he would meet a widow who would feed him. Elijah obeyed the Lord. When he arrived at the entrance of the city, he saw a widow gathering sticks. He said to her, “Please bring me a small cupful of water to drink.”

She turned and went off to fetch a drink for Elijah. As she did, Elijah added, “Please bring along a crust of bread.”

The woman answered Elijah, “As the Lord, your God, lives, I have nothing baked; there is only a handful of flour in my jar and a little oil in my jug. Just now I was collecting a few sticks, to go in and prepare something for myself and my son; when we have eaten it, we shall die.”

Elijah reassured the woman that she and her son would not die of starvation. “Do not be afraid. Go and do as you have said. But first make me a little cake and bring it to me. Afterwards you can prepare something for yourself and your son. For the Lord, the God of Israel, says: The jar of flour shall not go empty, nor the jug of oil run dry, until the day when the Lord sends rain upon the earth.” The woman did as Elijah requested, and as he had promised, her flour and oil never ran out.

A long time later the woman’s son became very sick, and he stopped breathing. The woman blamed Elijah. “Why have you done this to me, man of God? Have you come to me to call attention to my guilt and to kill my son?” “Give me your son,” Elijah said. He carried the boy into the room where he was staying, put the boy into his own bed and prayed, “Lord, my God, will you afflict even the widow with whom I am staying by killing her son? Lord, my God, let the life breath return to the body of this child.” And the boy’s life was restored.

“Now indeed I know you are a man of God,” the woman said, “and it is truly the word of the Lord that you speak.”

Q&A
1. What two things did Elijah ask the woman to get for him?
2. What happened to the woman’s oil and flour after she fed Elijah?

The books of 1 and 2 Kings in the Old Testament can be read from many points of view. They tell the history of some of the kings and prophets, although sometimes the accuracy of that history has been changed for easier reading and to make a better story. In the telling of some of those stories we discover that the people who lived back then had the same strengths, weaknesses, ambitions and failures as we have today. These books were probably collected from oral histories and written records of the time period, which spanned several hundred years, beginning with the death of David in 1 Kings 1 and ending with the release from prison of Jehoiachin, king of Judah, in 2 Kings 25. We can read about Solomon, Elijah, Elisha and some of the lesser known kings, prophets, and other men and women in these two books.

Nerses (d. 373) was an Armenian bishop who grew up in Caesarea in Cappadocia. As part of his religious life he worked to develop reform within the church, and he established hospitals and monasteries. Some of the canonical legislation he introduced angered the king, a man who had murdered his own wife. As a result, Nerses refused to attend the royal court and was banished by the king. Nerses returned home after the death of this king, only to find the new king was an even worse person. Nerses would not let him into the church unless he changed his behavior. The king pretended to be sorry and invited Nerses to dinner and poisoned him. We honor Nerses on Nov. 19. 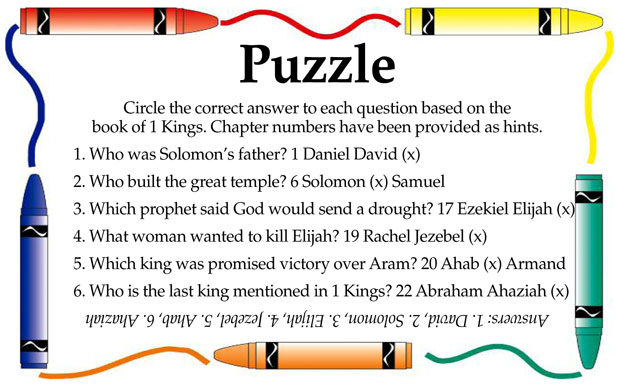