Elijah helps a widow during a drought - Catholic Courier 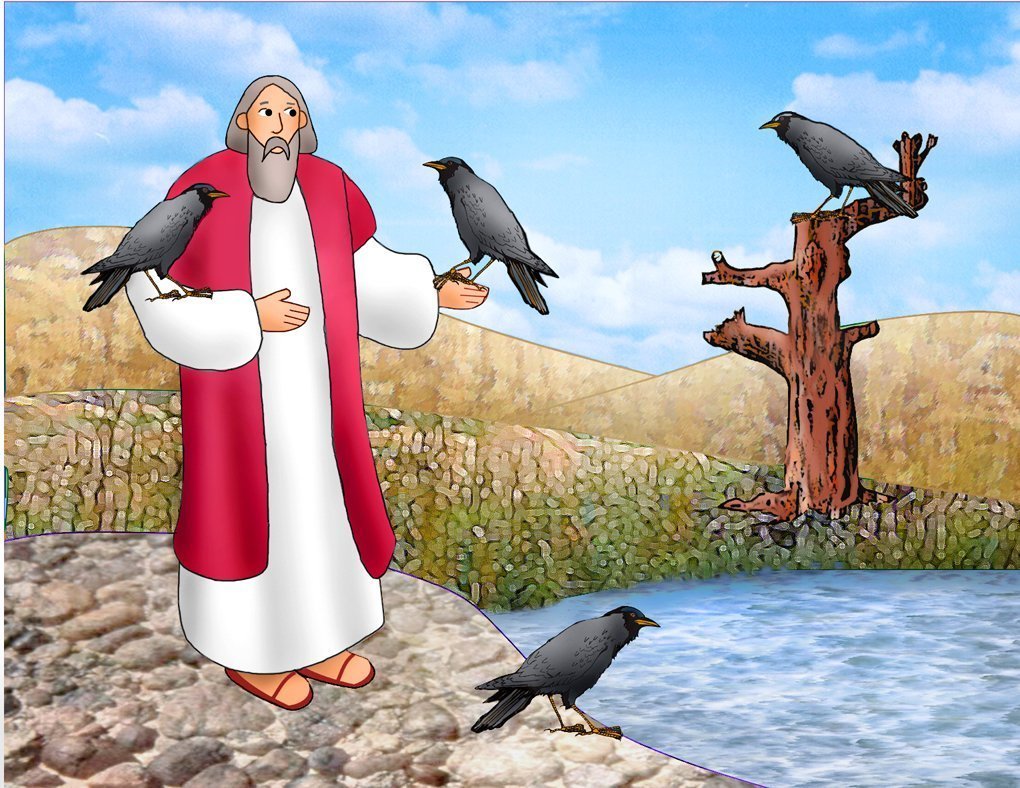 Elijah helps a widow during a drought

Bible Accent: Books of the Bible

Elijah helps a widow during a drought

Elijah went before Ahab, a king who did evil in the sight of the Lord, to deliver a warning from God. “As the Lord, the God of Israel, lives, whom I serve, during these years there shall be no dew or rain, except at my word.” And the kingdom began a long drought from that moment.

But God also gave Elijah instructions for his own safety. “Leave here, go east and hide in the Wadi Cherith, east of the Jordan. You shall drink of the stream, and I have commanded ravens to feed you there.” Elijah obeyed God, and the ravens brought him bread and meat, and the water in the stream was fresh and cool.

The sun was hot every day, and no rain had fallen for a very long time. Eventually, even Elijah’s stream dried up in the harsh drought. But the Lord did not leave Elijah without food or water. He said to him, “Move on to Zarephath of Sidon and stay there. I have designated a widow there to provide for you.” Elijah left immediately.

As Elijah entered the city, he saw a widow gathering sticks. He said to her, “Please bring me a small cupful of water to drink.” The woman bowed and went to get it for him. Food was as scarce as water, yet Elijah called out to the woman, “Please bring along a bit of bread.”

The woman turned and said to him, “As the Lord, your God, lives, I have nothing baked; there is only a handful of flour in my jar and a little oil in my jug. Just now I was collecting a couple of sticks, to go in and prepare something for myself and my son; when we have eaten it, we shall die.”

Elijah looked at the woman with compassion. She did not have enough food to feed herself and her son, but she had been willing to share even that with Elijah, a stranger. “Do not be afraid,” he told her. “Go and do as you propose. But first make me a little cake and bring it to me. Then you can prepare something for yourself and your son. For the Lord, the God of Israel, says, ‘The jar of flour shall not go empty, nor the jug of oil run dry, until the day the Lord sends rain upon the earth.’”

The Lord kept his promise, and the woman had flour and oil until the end of the drought.

Q&A
1. Who brought food to Elijah at the stream?
2. How did God help the generous widow?

Bible Accent: Books of the Bible

Many of the books of the Old Testament tell the story of the people of Israel and their relationship with God.

The first five books are called the Pentateuch. They are a mix of history and instructions and include the Ten Commandments.

The next section contains primarily history books, from the Book of Joshua to the Second Book of Maccabees. In Joshua, the Israelites possess the land promised to them by God. The rest of the history tells how the people sometimes listened to God, but other times did not. Through it all God showed his love for them.

Next come the books of wisdom and poetry. These books reflect the range of emotions of the writers, from joy to sorrow, praise to pity. Last are the books of prophecy. The prophets were chosen by God to perform an important duty or to give special messages to the Israelites. God still uses the Old Testament to speak to us as well.

Illtud, who lived in the sixth century, was a Welsh priest and disciple of St. Germanus. Since he served in the army of a chieftain, he also is referred to as “Illtud the Knight.”

He chose to live as a monk and a hermit in a quiet area near a stream. However, he started to attract followers, who wanted to imitate his life of devotion. The men worked hard to develop their land and built the first monastic school in Wales.

Illtud was driven from his home by a hostile chieftain, and the land was flooded when the sea wall collapsed. After he provided food to the countryside plagued by famine, the people named some of their churches and villages after him. He lived to a very old age. We honor him on Nov. 6.