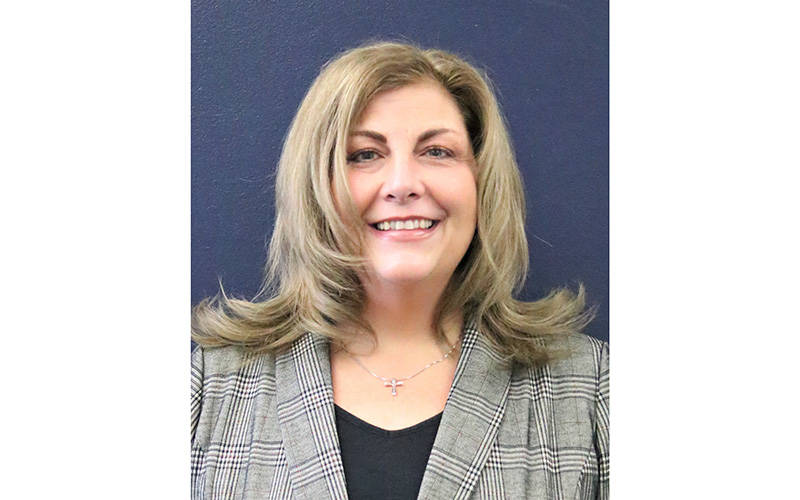 Patricia Mack, a 1985 graduate of Elmira Notre Dame High School, has returned to her alma mater in the position of Head of School. She began her new role on Jan. 19, bringing with her more than three decades of teaching and administrative experience.

Born and raised in Elmira, Mack attended Our Lady of Lourdes School and St. Patrick’s Junior High School prior to Notre Dame. She went on to earn a bachelor’s degree in special education from Misericordia University in Dallas, Pa.

Mack taught at an alternative high school for students with special needs in Morristown, N.J., from 1990 to 2004 before relocating to Charlotte, N.C., where she taught seventh- and eighth-grade ELA and math inclusion until 2012. She also served for 10 years as a lead trainer for the College Board, traveling across the United States to train general-education and special-education ELA teachers so that more students could have access to AP courses once they reached high school.

In 2014, Mack earned a master’s degree in education leadership and principal certification from Winthrop University in Rock Hill, S.C. She also was a professional development facilitator, dean of students and assistant principal for Charlotte-Mecklenburg Schools, a district in North Carolina.

She moved to New York City in 2014, becoming assistant principal of Coney Island Prep, a public charter school serving impoverished students. Most recently, she was a founding member of Kipp Newark Community Prep in Newark, N.J., where she served as the assistant principal of special education and instruction.

​At Elmira Notre Dame, Mack takes the helm of a grades 7-12 coeducation school that recently observed its 65th anniversary, having been opened by the Sisters of Mercy in 1955 on Elmira’s south side. The high school has served grades 7-9 throughout its history, expanding its offerings in 2012 to include seventh- and eight-grade students. Notre Dame is the only Catholic high school in the Diocese of Rochester outside Monroe County. Its campus has been enhanced in recent years by major capital campaigns that resulted in a new science wing in 2005 and a new auditorium in 2017.