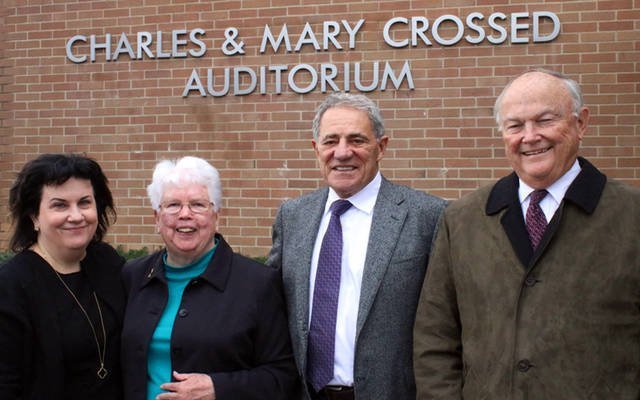 Crossed is a 1958 graduate of Notre Dame, which opened in 1955. His donation, which came as part of the school’s Legacy of Caring capital campaign, is the largest major gift in the Catholic high school’s history. The new auditorium is named in memory of his parents, Charles and Mary Crossed.

According to school officials, the capital campaign was begun in 2014 with a focus that included endowment, academic excellence, and capital and grounds improvements. Among the improvements already made are major repairs to the physical plant and school grounds, including installation of new boilers, auditorium upgrades, and renovations to the stadium, athletic fields and track.