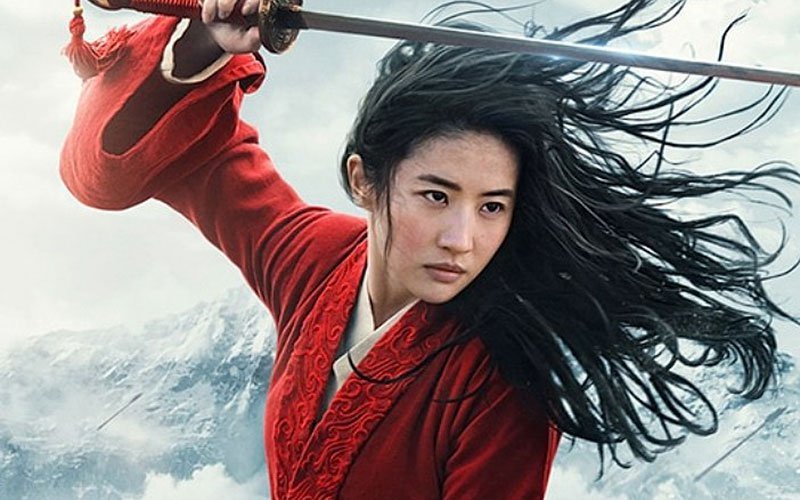 NEW YORK (CNS) — The early medieval “Ballad of Mulan” tells of the exploits of a heroine who, disguised as a man, distinguished herself as a warrior.

In 1998, this classic of Chinese folk literature served as the basis for an animated feature that gained both popular and critical success. Now, director Niki Caro’s live-action take, “Mulan” (Disney), is available for a fee on the streaming service Disney+.

The film is sprawling and picturesque. And, as scripted by Rick Jaffa, Amanda Silver, Lauren Hynek and Elizabeth Martin, it salutes courage, solidarity and devotion to family while also showcasing the conversion of one of its villains.

Yet the story comes freighted with extrabiblical concepts and activities that might confuse impressionable youngsters. So, although the movie’s mayhem is bloodless and objectionable elements are mostly absent, parents will want to be wary. “Mulan” is, nonetheless, probably acceptable for older teens, especially those well-grounded in their faith.

With China threatened by an invasion force of Mongol-like Rourans, the Emperor (Jet Li) decrees that each household must supply one soldier to the army. But, as the father of two girls, Hua Zhou (Tzi Ma), a partially disabled veteran, has no son to answer the summons and so faces being conscripted himself.

To spare him this fate, his teen daughter, Mulan (Yifei Liu), disguises herself as a young man and sets off for the war. As she goes up against Bori Khan (Jason Scott Lee), the leader of the Rourans, and his principal ally, the shape-shifting witch Xianniang (Gong Li), Mulan shows her valor and ingenuity. Along the way, she also falls for Honghui (Yoson An), one of her newfound comrades.

There’s a running joke about Mulan’s reluctance to take a communal shower and she eventually gets clean by skinny dipping in a pond. Although this scene is handled discreetly, recurring references to the universal energy force called chi and to the power of deceased ancestors to answer prayers might confuse kids.

While Xianniang’s turn to the dark side is explained as the result of the ostracism she suffered for demonstrating her own military prowess, moreover, her abilities are of an occult nature. But this can be taken as nothing more threatening to real-life faith than Dorothy’s encounters with the Wicked Witch of the West in “The Wizard of Oz.”

So, while off-limits to those still being catechized, this paean to female empowerment will likely prove a pleasing big-budget epic for most others. Just don’t try telling feminist fighter Mulan to wear rouge.