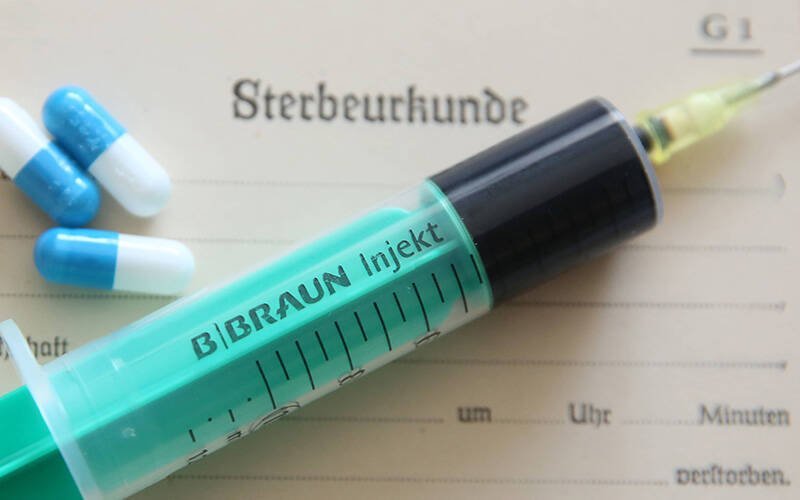 By the time Dr. Jack Kevorkian was put in prison for second-degree murder, he had helped an estimated 130 patients kill themselves.

The first person he “helped” was an Oregon teacher suffering from Alzheimer’s disease. It was hardly “death with dignity.” With a suicide machine he had rigged up inside his rusty Volkswagen van, he enabled Janet Adkins to take her life.

“My ultimate aim is to make euthanasia a positive experience,” he told the press. Despite being put on trial repeatedly, he usually won acquittal. His lawyer, The New York Times 2011 obituary recounted, “based his winning defense on compassion and mercy,” the man called Dr. Death had reportedly shown his patients.

The legal strategy brought to mind the acerbic words of Father Smith in Walker Percy’s final novel The Thanatos Syndrome.

“Do you know where tenderness always leads?” Father Smith asks. “To the gas chamber. … Tenderness is the first disguise of the murderer.”

The world has grown exceedingly tender since Kevorkian’s campaign for death. Oregon legalized “physician-assisted suicide” 25 years ago, but now eight more states and the District of Columbia have followed suit. California just amended its law to allow people only a two-day waiting period when it had originally been 15 days, and even allowing the two days to be waived, ironically, if death is imminent.

Euthanasia, the active killing of the “patient” by a “doctor” (I put these words in quotes because neither seems appropriate in this context) is today allowed in Belgium, the Netherlands, Luxembourg and Spain — all countries with significant Catholic populations.

Now England is considering allowing the same. In a remarkable presentation before members of Parliament, doctors from Oregon, Canada (where euthanasia is also legal) and Belgium tried to warn the English lawmakers that however carefully they craft the law, it will inevitably be amended and made more available.

“It is not a slippery slope, it is a logical progression,” said Canada’s Dr. Leonie Herx, as reported by Catholic News Service.

Herx summed up the grim finances of euthanasia: “Administering death is cheaper and easier than providing care, and it will quickly become the solution for any form of human suffering.” Tenderness leads to the gas chamber.

Countries that have legalized euthanasia, the doctors said, inevitably broaden the conditions that qualify, with the death lobby seeking permission for the mentally ill, handicapped and even children to opt for it.

The doctors told the politicians that euthanasia or assisted suicide end up damaging palliative care and putting enormous burdens both on doctors and on those who feel pressured to end their lives. “I would call it elder abuse and disability abuse,” said an Oregon doctor. “It is substandard care and it discriminates.”

“Once the door of assisted suicide/euthanasia opens, it will always open more,” warned Timothy Devos, a Belgian doctor.

The lethal tenderness of euthanasia turns doctors into assassins and human beings into burdens to be disposed of.

The disability rights organization Not Dead Yet, which has fiercely opposed euthanasia and assisted suicide laws, sums up succinctly what the church advocates as well: “Regardless of our abilities or disabilities, none of us should feel that we have to die to have dignity, that we have to die to be relieved of pain, or that we should die to stop burdening our families or society.”