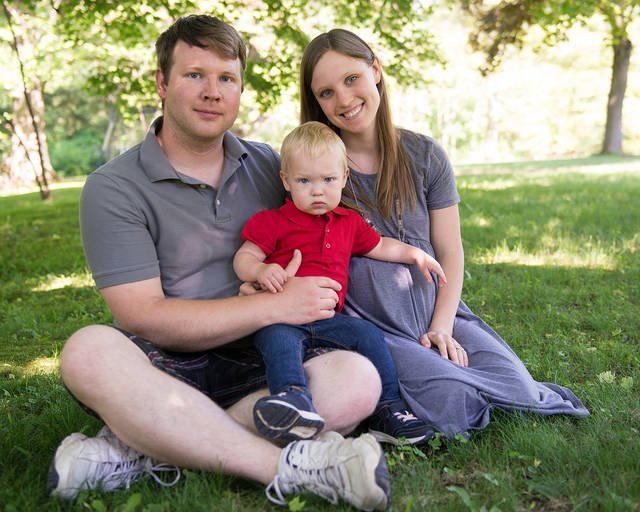 Martin and Taylor Spear pose at their Chili home May 29 with their 17-month-old son, Kolbe. Martin recently spoke about marriage during a retreat for teens from St. Pius Tenth Parish in Chili. (Courier photo by John Haeger) 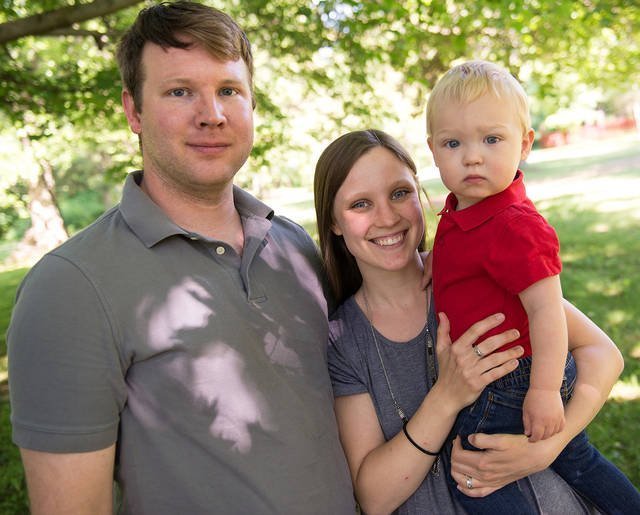 Martin and Taylor Spear pose at their Chili home May 29 with their 17-month-old son, Kolbe. Martin recently spoke about marriage during a retreat for teens from St. Pius Tenth Parish in Chili. (Courier photo by John Haeger)

Although it will likely be quite a few years before Mike Daly gets married, that stage of life is definitely in his plans.

“I feel that once I’m old enough and find the right person, marriage is 100 percent what I want to do,” stated Mike, 14.

He noted that the Catholic Church takes marriage very seriously, and therefore so does he — a point that Betsy Zerrillo echoed.

“Marriage is a sacrament and should be treated like one,” asserted Betsy, 15, adding that she’s looking forward to being married someday as well.

Mike and Betsy were among a group of teens from Chili’s St. Pius Tenth Parish who attended a seminar on marriage during a parish retreat April 14 at Camp Stella Maris in Livonia. Three adults from the parish — Joe and Gerry Gambino along with Martin Spear — discussed the challenges of being married as well as the joys, and addressed Catholic Church teachings on such subjects as chastity and birth control. The Gambinos have been married for 40 years, while Spears and his wife, Taylor — who was unable to join him for their presentation due to illness — have been married for four years.

For Mike and Betsy, a key takeaway was that marriage goes far beyond physical attraction.

“To love somebody is not always a feeling of ‘I love you’ so much as it’s a commitment you’re making to do what is best for the other person,” Betsy said.

Mike added that the retreat session helped him better appreciate the importance of married couples working together, especially when problems arise.

“Even if things get rough, you made a commitment and are always going to work things out,” Mike said. He and Betsy also stated that they consider trust to be another vital aspect of marriage: “It’s the foundation of any relationship,” Betsy said.

In addition to the St. Pius Tenth retreat, efforts to enlighten young Catholics about marriage are being made at All Saints Parish in Corning/Painted Post. Lauretta Beale, youth and young-adult ministry director, noted that this past year she has presented marriage-related material from Ascension Press as well as the Chastity Project, an initiative by Jason Evert — a nationally known Catholic speaker and author — to promote such Catholic marriage ideals as limiting sexual activity to married couples.

Meanwhile, reflections on marriage were extended to college students during a February 2018 retreat at Abbey of the Genesee in Piffard, Livingston County. There, Matthew Kuhner — who serves as assistant professor of systematic theology at St. Bernard’s School of Theology and Ministry — and his wife, Michelle, addressed students from SUNY Geneseo, Buffalo State and SUNY Fredonia on such aspects as working together to resolve disagreements; the role that faith plays in a marriage; and intimacy in a marriage.

Ellen Piper, an assistant Catholic campus minister at SUNY Geneseo who arranged for the Kuhners to speak, said that it’s vital for younger Catholics such as herself — she graduated from St. Bonaventure University in 2017 — to hear positive messages about marriage in a society with a high divorce rate and lack of emphasis on staying committed to one person for life.

“Many people don’t necessarily know that you can live a holy marriage or what it looks like,” remarked Piper, who also serves as youth and young-adult minister at Webster’s St. Paul Parish.

Mike and Betsy agreed that many view marriage as disposable, but emphasized that they don’t share that belief.

“I still believe in the traditional marriage, the Catholic marriage, because that was how I was brought up,” Mike said.

Betsy acknowledged that the prospect of a lifelong commitment to one person can be daunting, “but if you actually think about it, it’s worth it,” she said. “Just to have that satisfaction of being in a relationship with a spouse, it will benefit you in the long run.”

“I feel like everyone is scared by the term ‘permanent,’” Mike added. “But marriage is for better or worse, and I think ‘permanent’ is something that, with maturity, you will adapt to and be happy with.”