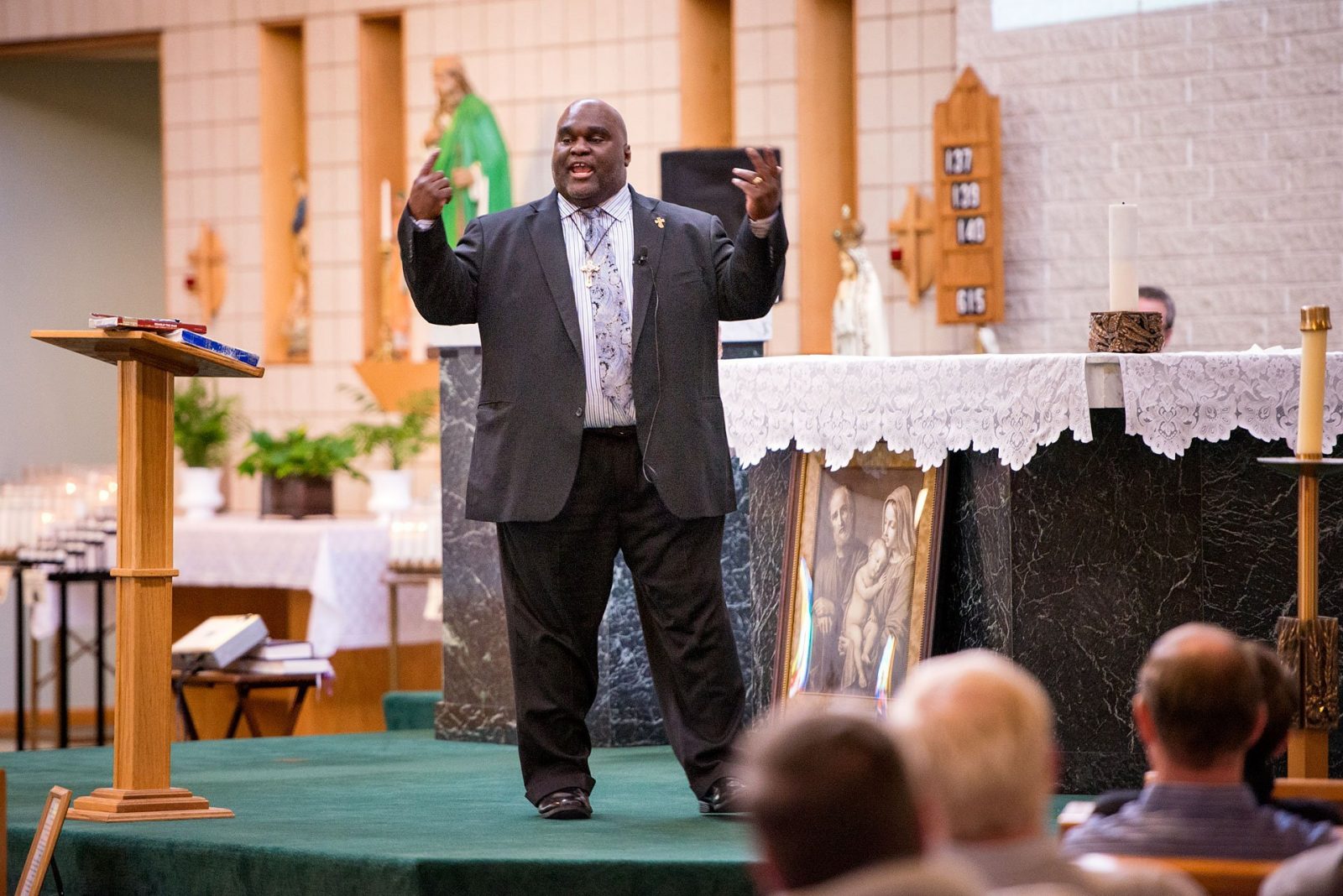 Registration is currently open for the conference, which will feature a theme of “Create in Me A Clean Heart.” The event will be held at St. Jude the Apostle Church, 4100 Lyell Road, Gates.

Serving as guest speakers are:

‚Ä¢ Father Larry Richards, pastor since 2003 at St. Joseph Church/Bread of Life Community in Erie, Pa. He also hosts the show “The Reason for Our Hope” on EWTN Radio; has written two books; and is well-known for his live presentations of the Passion.

‚Ä¢ Father Carter Griffen, vice rector of St. John Paul II Seminary in Washington, D.C. He is a convert to Catholicism and a former Navy line officer. He is the author of the book Supernatural Fatherhood Through Priestly Celibacy: Fulfillment in Masculinity.

‚Ä¢ Chris Padgett, a musician who sang for the Christian rock band Scarecrow and Tinmen in the 1990s and has nine solo albums to his credit. A speaker and author as well, Padgett also converted to the Catholic faith and is a frequent guest on EWTN.

According to Kevin Spears, publicity coordinator for the Rochester Catholic Men’s Conference, this trio of speakers — as well as headliners from the first two conferences — carry “a message that really resonates with men.”

“The message is for men to be stepping up to be leaders of their families, and leaders helping to spread the faith,” Spears said. “Men like to be challenged and they like to hear a strong message, and they look at that and try to internalize that — ‘how can I go out and live that challenge?’”

Kicking off the Oct. 14 gathering will be an 8 a.m. Mass celebrated by Bishop Salvatore R. Matano. Confession will be offered throughout the day before the conference concludes at 4 p.m., and an exhibitors’ area will offer a variety of Catholic materials. The registration fee includes breakfast, lunch and snack. Conference organizers are offering a discounted fee to young men under the age of 21.

Spears noted that 650 people attended last year’s Rochester Catholic Men’s Conference following a turnout of 500 in its inaugural year of 2015. He said participants come from all parts of the Rochester Diocese, with attendees also traveling from the Syracuse and Buffalo dioceses.

Those interested may register online for the upcoming conference at www.exultrochester.org. For more details about the event, contact Bill Gustafson at bgus49@aol.com.