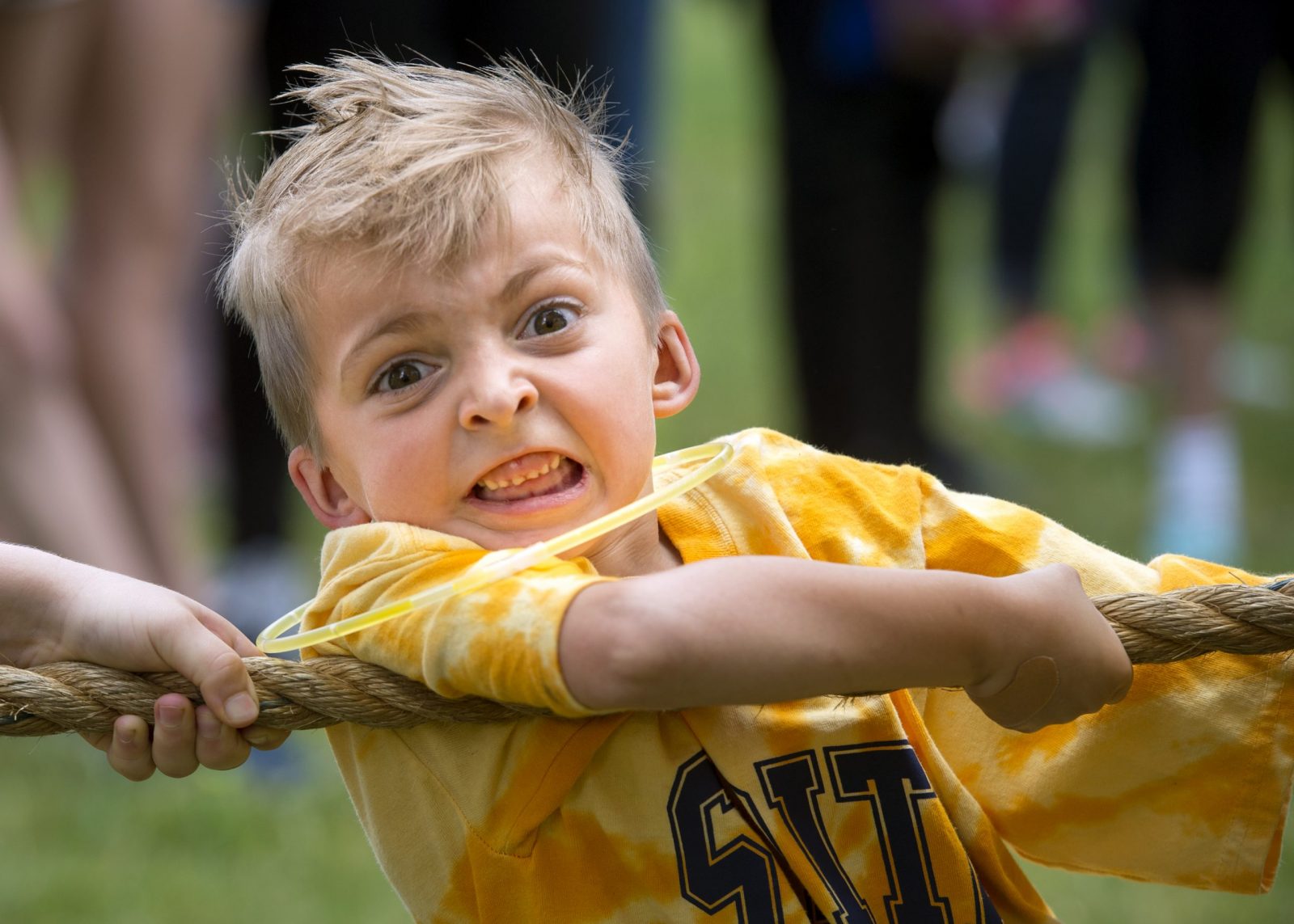 First-grader Liam Williams participates in a tug of war during the Blue-Gold Day at Webster's St. Rita School June 21. The field day event marked the last day of school for the students.

Arriving at Webster’s St. Rita School on the morning of June 21 was a little overwhelming. My cameras in hand, I saw the entire student body as well as numerous parents and alumni engaged in their annual Blue-Gold Day event to celebrate the end of the school year. True to its name, the fields surrounding the school were swarming with kids representing their respective teams, showing their pride not simply by wearing blue or gold T-shirts. The students took it a step further by wearing crazy hats or skirts, cutting their hair into mohawks or painting their faces.

Where would I start?

It wasn’t long before I zeroed in on a diminutive member of the gold team, a first-grader wielding a safety cone that was easily more than half his size. As students from the blue team hit balls his way, he would attempt to catch them with the plus-sized cone before they hit the ground. When he did this, his face demonstrated such concentration and effort that I couldn’t help but take notice and laugh a little. This kid was expressive, and I was rooting for him. I grabbed a couple frames and walked away thinking I would be wise to remember this guy.

A half an hour later, the swarm of blue and gold had moved in front of the school to take part in the day’s highlight, a tug-of-war contest. I scanned for my next shot and struck gold when I saw the cone-wielder lining up just a few feet away. Hopeful of what I would witness, I knelt down, set my focus and waited for the whistle signifying the start of the round.

I don’t recall the outcome, but if the gold team lost it was not for a lack of effort from Liam Williams.