Faith through the Olympics - Catholic Courier 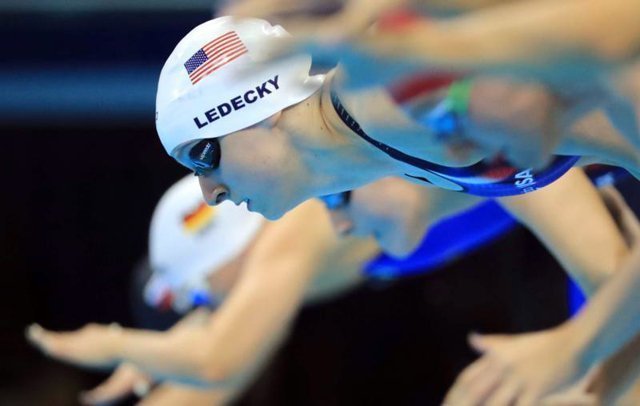 I love the Olympics! For two weeks, every two years, I love watching the best athletes in the world compete. There have been some great stories from the Olympic games, from Michael Phelps winning his 23rd Olympic gold medal to "The Final Five" winning gold in gymnastics to the standing ovation for the Refugee Olympic Team in the opening ceremonies.

My favorite stories from this year’s games are the stories of faith, which you hardly ever hear about. Did you know that before she steps into the pool, five-time Olympic gold medalist Katie Ledecky says a prayer before each race and told a Catholic newspaper in an interview that her Catholic faith is very important to her? Or have you heard how three-time Olympic gold medal gymnast Simone Biles sometimes travels with a statue of St. Sebastian, the patron saint of athletes, and carries a rosary in her bag that her mother gave her? Don’t forgot the two Olympians with ties to the Rochester Diocese. Meghan Musinicki, who grew up attending St. Januarius Church in Naples, Ontario County, won her second career Olympic gold medal in rowing, and Molly Huddle, a graduate of Elmira Notre Dame High School, set a new national record in the women’s outdoor 10,000-meter run. The school showed their support by posting a sign outside that read, "Run Molly Run."

I enjoyed hearing these stories of faith. We all know how much athletes have to sacrifice to train to be the best in their sport, but after hearing these types of stories, it reminds me that faith is what brought them to this point in their careers. God is there with them through their successes as well as their disappointments. As the saying goes, "without faith, nothing is possible, and with it, nothing is impossible."