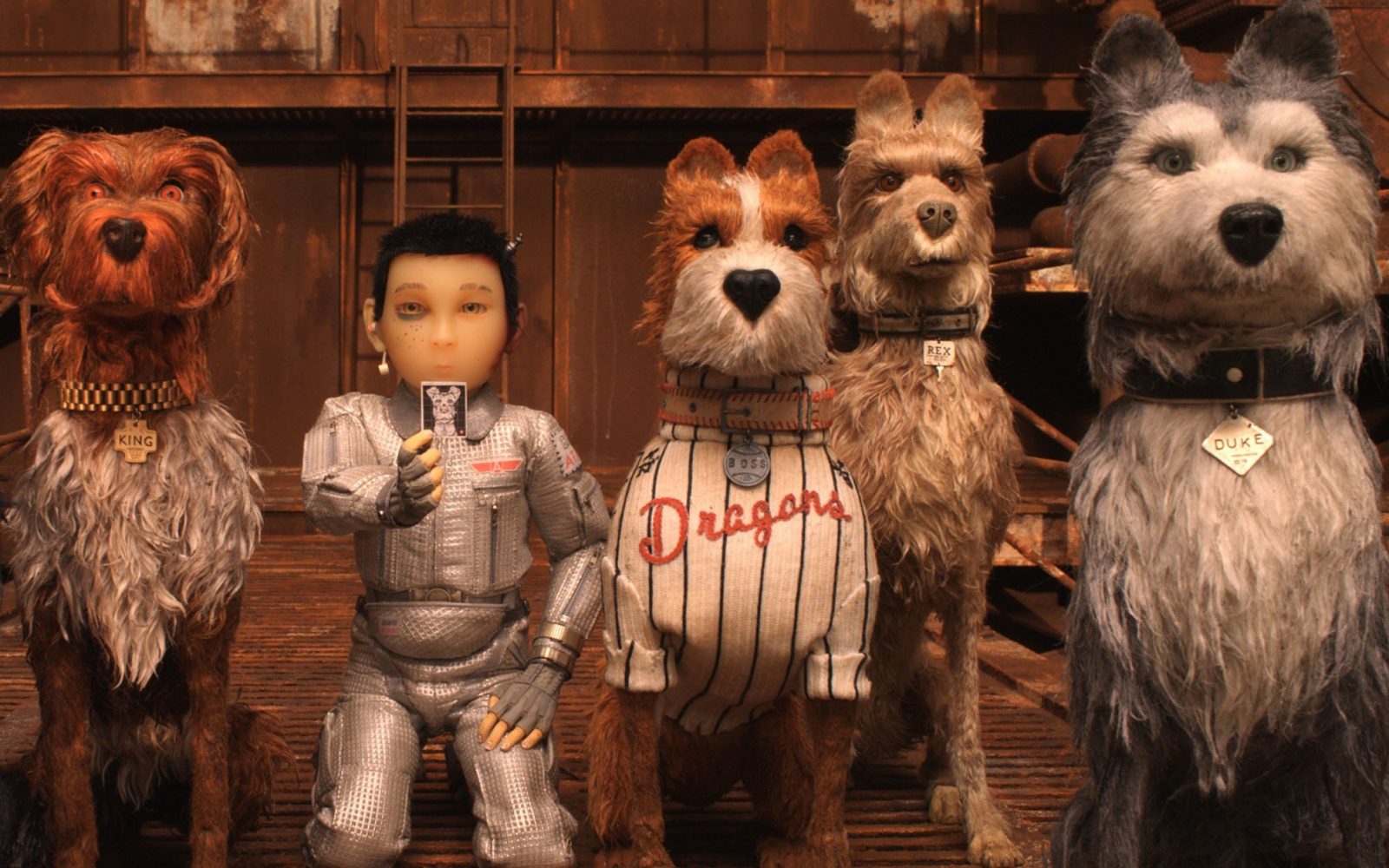 NEW YORK (CNS) — Writer-director Wes Anderson’s “Isle of Dogs” (Fox Searchlight) pushes the limits of his customary deadpan drollery with its emphasis on death and gloom.

Cute and cuddly these canines are not. So Anderson’s first stop-motion animated film since 2009’s “Fantastic Mr. Fox” is definitely not for young children.

Feared as carriers of a variety of diseases which, although not fatal, are thought incurable, all dogs have been banished from a Japanese city, Megasaki, by its formidable and corrupt Mayor Kobayashi (voice of Kunichi Nomura) and exiled to nearby Trash Island. There, surrounded by giant mountains of garbage, they lead a “Lord of the Flies” kind of existence.

Rex, Boss, King and Duke (voices, respectively, of Edward Norton, Bill Murray, Bob Balaban and Jeff Goldblum) — all former pets who long for a return to their comfortable lives — have banded together with a street mutt, Chief (voice of Bryan Cranston), to compete with the isle’s violent feral dogs for rotten food scraps. In keeping with the somewhat grotesque tone of the film, these undomesticated rivals are rumored to be cannibals.

Atari (voice of Koyu Rankin), the mayor’s 12-year-old orphaned ward, flies his own tiny aircraft to the island in search of his pet, Spots (voice of Liev Schreiber). Most of the story concerns this poignant quest. Chief, meanwhile, tries to figure out his identity with the occasional help of a former show dog, Nutmeg (voice of Scarlett Johansson).

Complicating matters are student activists, led by Tracy (voice of Greta Gerwig). They’re convinced that a cure for the dogs’ illnesses exists but has been suppressed by malevolent political maneuvering.

Anderson creates a dark, lonely world in which the pooches have to fight off debilitating depression — as well as an attempt by Mayor Kobayashi to march them off into doggie concentration camps and poison all of them. They’re up against genocidal, Nazi-style fascism, essentially.

Well-grounded older teens can probably handle this weighty, grim fable. Together with older viewers, however, they may wonder what to make of some sharply stylized characters based on historical Japanese woodcuts. Among these figures, the occasional racial stereotype seems to surface, whether by intention or not.

The film contains mature themes and images, fleeting surgical gore and a single instance of rough language. The Catholic News Service classification is A-II — adults and adolescents. The Motion Picture Association of America rating is PG-13 — parents strongly cautioned. Some material may be inappropriate for children under 13.