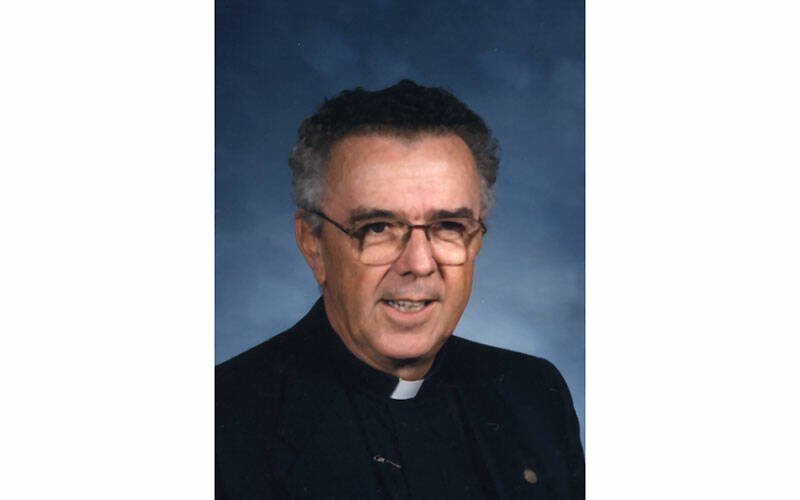 A Rochester native, Father Dollen went on to spend most of his life serving at parishes either in his home city or in the suburbs surrounding it. He grew up worshipping at Immaculate Conception Parish and studied at both Immaculate Conception and Our Lady of Good Counsel schools, both in Rochester, before completing his seminary studies at St. Andrew and St. Bernard seminaries, also in Rochester.

“He had a deep faith all the way through seminary, and of course beyond,” remarked Msgr. Gerard Krieg, who met Father Dollen during their first year at St. Andrew’s Seminary.

In 1972, he took on his first pastorate at St. Andrew Parish in Rochester and served there until 1980. That year, he left the city to become pastor at St. John of Rochester Parish in Fairport. Under his leadership, the parish constructed a new church as well as a parish hall.

In 1990, Father Dollen left the Fairport parish to become pastor at St. Christopher Parish in North Chili, where he remained until he reached senior status in 1998. He continued to help out at parishes on Monroe County’s west side for the next two decades.

“He certainly kept busy well into retirement,” Msgr. Krieg said of his former classmate. “I do know that he was a very popular priest. He could be very pensive at times, and yet he was always present to people.”

Contributions may be made in Father Dollen’s memory to the Diocese of Rochester Priest Retirement Fund, 1150 Buffalo Road, Rochester, NY 14624.