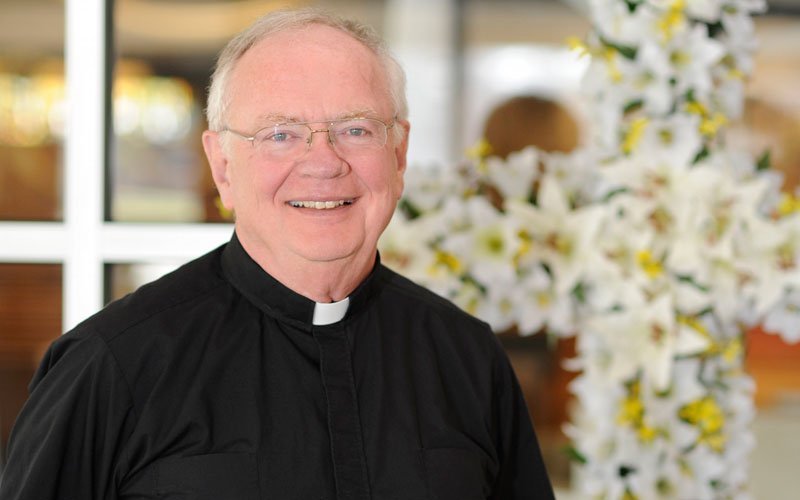 As Father Daniel F. Holland prepares to retire as pastor of St. Pius Tenth Parish in Chili, he has helped his parishioners draft a road map for a future without a priest-pastor.

In June, Father Holland will be replaced by pastoral administrator William Rabjohn, who has been the parish’s pastoral associate.

Over the past few months, the parish has identified ways to strengthen its ministries.

“The whole staff has been involved in this sustainability and growth of the parish,” Father Holland said.

The priest is no stranger to change; he spent the beginning of his ministry trying to help parishioners accept and adopt changes brought about by the Second Vatican Council.

“I remember being wildly enthusiastic about that council and what it was opening up for our church,” Father Holland recalled.

For example, one priority identified in the wake of Vatican II was the need to provide religious education for public-school students, he said. To that end, as assistant director and later director of the Confraternity of Christian Doctrine Religious Education Office (1966-72), Father Holland worked on organizing a team of volunteers to provide 30 hours of training to more than 800 lay catechists.

“The parish priests had an enormous influence on me, and the sisters in school certainly shaped my world view,” he said.

After attending St. Andrew’s and St. Bernard’s seminaries in Rochester, he was ordained June 5, 1965, by Bishop James E. Kearney at Sacred Heart Cathedral. Then he was assigned as associate pastor of the cathedral in 1965 before taking the position with the religious-education office. In 1972, he was chosen to be diocesan director of the Year of Renewal.

Following his work in the diocesan offices, Father Holland became associate pastor of St. Thomas the Apostle, Irondequoit (1973-79). His first pastorate was at St. Patrick, Elmira (1979-92).

He took sabbaticals to Rome in 1982 and to Louvain, Belgium, in 1992. He also has had the chance to travel to Egypt, Jordan, Turkey, Kenya, Tanzania and Australia.

In addition to pursuing hobbies of skiing, swimming and riding motorcycles, Father Holland said he enjoys spending time with family.

“I have had a chance to marry them and baptize their babies and do all those other fun things,” Father Holland said.

The priest said he plans to live at St. John the Evangelist in Spencerport, and he hopes to minister to those who have been alienated from the church.

“I don’t have a specific plan at this point,” he said. “I expect God will open something up.”

St. Pius Tenth will have a farewell picnic at noon June 14 on the parish grounds. For details, contact the parish office at 585-247-2566.