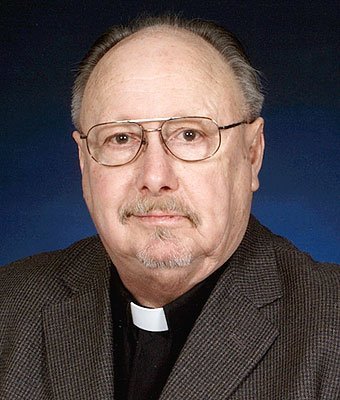 In 1968, Father Zenkel was appointed chaplain at the State Industrial and Agricultural School at Industry, where he served until 1981.

Father Michael Conboy, who became lifelong friends with Father Zenkel during their seminary years, said Father Zenkel was very proud of his work with the youths at Industry.

"He enjoyed it very much," Father Conboy noted. "It was a good place to help a lot of … kids that didn’t have much to start with."

He was appointed pastor of St. Mary in Honeoye in 1994. Father Zenkel also served as a member of the Diocesan Ecumenical Commission. He remained at St. Mary’s until reaching senior-priest status in 2003.

Interviewed for a 2012 Catholic Courier article about his 50th jubilee as a priest, Father Zenkel said all of his assignments had been different and that he had enjoyed them all.

Father Conboy noted that Father Zenkel was a "hard worker" in ministry.

"He seemed to enjoy the smaller parishes and always found an opportunity to work with the people," he said. "He was very talented with his hands and always enjoyed doing stuff around the rectory and meeting the people."

Father Zenkel was so talented in carpentry that he and his brother, Robert, bought a house in Livonia and remodeled it for their mother to live in, Father Conboy said. Father Zenkel then lived in the house in his later years.

"He loved living on Conesus Lake and his golden retrievers and was never shy about being Wegmans’ biggest fan," his brother wrote in an e-mail to the diocese. "He had a big heart for people and a great love for life and was always keeping those around him on their toes with his playful prankster spirit."

"Everything was always homemade," he said. "It was really good."