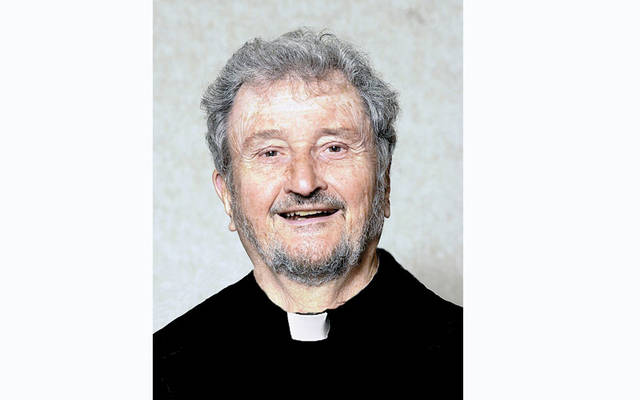 Father Metzger was ordained June 4, 1955, by Bishop James E. Kearney at Rochester’s Sacred Heart Cathedral. After ordination, he served as assistant pastor at St. Mary Parish in Auburn (1955-57), Christ the King Parish in Irondequoit (1957-63) and St. Anne Parish in Rochester (1963-67).

In 1967, Father Metzger became field-education director for St. Bernard’s Seminary. He served at the seminary until 1975, when he left to take on his first pastorate. He was pastor at Holy Redeemer Parish in Rochester from 1975-80 and at St. Francis de Sales Parish in Geneva from 1980-88. He also served as temporary Catholic chaplain at Rochester’s Genesee Hospital in 1988.

Sister of St. Joseph Lorraine Julian, who worked with Father Metzger at St. Francis de Sales from 1980-86, said he was inspiring to work with.

“He had high values, cared about poor and was interested in everyone’s ministry,” she said.

In 1988, Father Metzger became a Maryknoll Associate Priest and was sent to Kenya, where he served as a missionary in three dioceses over the next decade. Sister Julian kept in touch with him during that time.

“He loved the people there. It was a good experience for him,” Sister Julian said of his time in Kenya.

In 1998, he returned to the Diocese of Rochester and served as assisting priest at the six worship sites of Southern Cayuga Catholic Community, which later became known as Good Shepherd Catholic Community. He continued to serve that community even after reaching senior-priest status in 1999.

“He had a great love for the poor and a great concern for people of the inner city,” Father Kraus said. “He was also extremely interested in justice-and-peace issues and followed them very carefully.”

He said Father Metzger enjoyed seeing the residents at the Legacy and that he reached out to all of them, regardless of their faith traditions.

“They were always pleased to see him,” Father Kraus added.