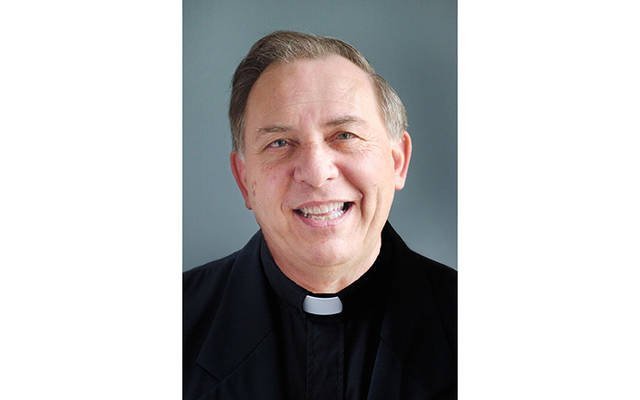 In 1984, he began his lengthy tenure at St. Lawrence, launching the only pastorate of his priesthood. Over the next three decades, under Father Falletta’s guidance, St. Lawrence would grow into one of the largest parishes in the Diocese of Rochester, expanding from 1,600 to 3,500 families over a 25-year period. In his second year as pastor, Father Falletta launched a capital campaign that resulted in a parish center being opened in 1988 and a new church the following year. The church has since been expanded, and another new parish center, Deacon Hall, opened in 2006. St. Lawrence School also underwent considerable expansion during Father Falletta’s pastorate.

“He really transformed the parish campus,” remarked Father Lee Chase, current pastor of St. Lawrence, who succeeded Father Falletta at the parish’s helm when the latter reached senior status in 2014.

Father Chase went on to note that Bishop Emeritus Matthew H. Clark was known to refer to St. Lawrence Parish as “Fallettaville.”

“He (Father Falletta) really enjoyed that,” Father Chase remarked, adding that Father Falletta worked in tandem nearly his entire tenure at St. Lawrence with the late Father Donald Haycock, CSC, who served as assisting priest at the parish from 1962-2011.

Father Falletta, in his homily during his farewell liturgy in April 2014, expressed deep affection for the St. Lawrence community, telling the congregation, “It’s been a joy for me to work with you. I will never, ever forget the people of this parish. You’re marvelous, and I thank God for that every day.”

Father Thomas Wheeland, a senior priest in the Diocese of Rochester and fellow member of Father Falletta’s 1966 ordination class, described him as “a faithful priest, a committed friend and a person whose laugh could lift up the spirit of everyone.”

He is survived by his brother, Father Joseph Falletta; and sister, Dolores DePetro.

Father Falletta will lie in state Dec. 23, 2020, at St. Lawrence Church, 1000 N. Greece Road, Greece, from 8:30 to 10:15 a.m. His funeral Mass will take place at 10:30 a.m. with Bishop Salvatore R. Matano presiding. Those wishing to attend the liturgy must register by calling St. Lawrence Parish at 585-723-1350. All COVID-19 safety regulations will be observed at the Mass. Interment at Holy Sepulchre Cemetery will be private.