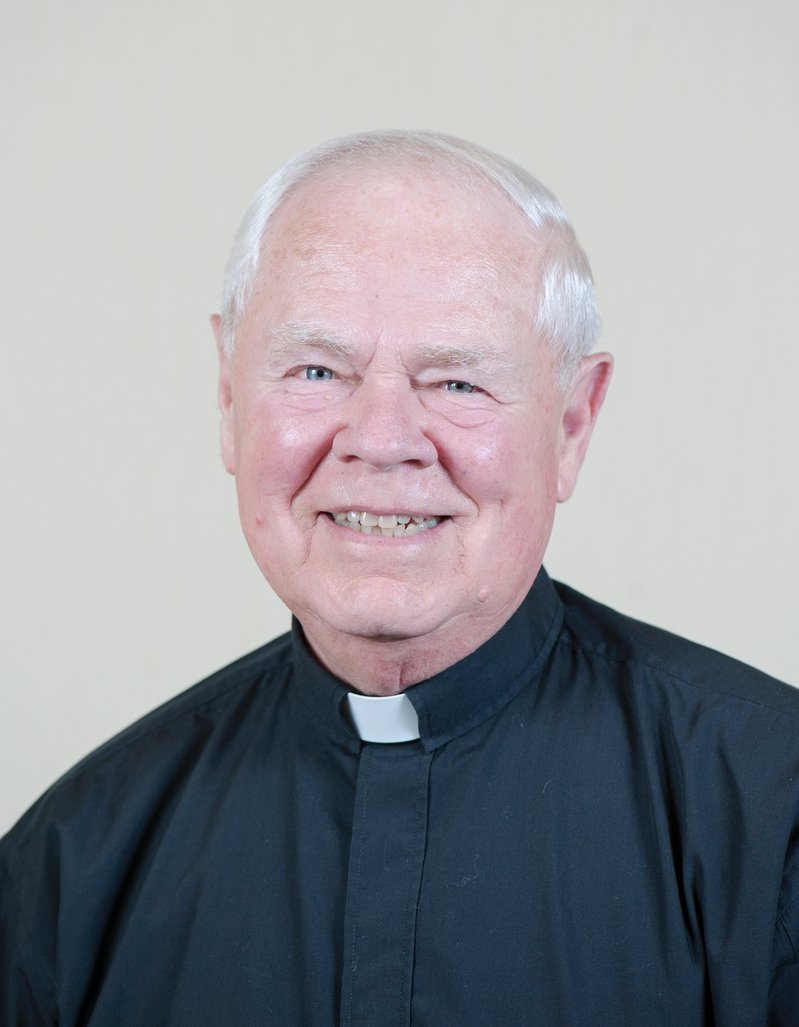 Father Gerald J. Appelby, founding pastor of Pittsford’s Church of the Transfiguration where he served for nearly two decades , died of cancer March 17, 2017, at the Sisters of St. Joseph Motherhouse in Pittsford. He was 82 years old.

Father Appelby grew up in Rochester’s St. John the Evangelist Parish (Humboldt Street) and attended the parish school. He went on to attend St. Andrew’s and St. Bernard’s seminaries and received a master’s degree in education from the University of Rochester. He was ordained a priest June 5, 1959, by Bishop James E. Kearney at Sacred Heart Cathedral.
He served as assistant pastor at the cathedral (1959-66); chaplain at Rochester Institute of Technology (1966-83); diocesan director of campus ministry (1968-77); and director of the Diocesan Special Ministries Division, which included liturgy, black ministries, the Spanish Apostolate, campus ministry and ecumenism (1977-83). He also chaired the state board of diocesan directors and the Catholic Campus Ministry Association.

In 1983 he began his only pastorate, guiding Church of the Transfiguration from its first year of existence until 2002, when he reached senior-priest status.

“To that challenging task he brought many gifts. Central to those were two: a deep commitment to the foundational pastoral insights of Vatican Council II, and a remarkable gift for preaching. I think people who have been part of the history of the parish would agree that these gifts, so generously shared by Jerry, were deeply formative of them as individuals and of the parish community,” said Bishop Emeritus Matthew H. Clark, who first knew Father Appelby when they attended St. Bernard’s Seminary together in the late 1950s.

Father Michael Bausch, current pastor of Church of the Transfiguration, noted that Father Appelby was commonly known as “Father Jerry” and liked to refer to the parish as “his baby,” having led it from its infancy when Masses were held in a barn.

Over 12 years as a senior priest, Father Appelby served as sacramental minister at St. Agnes Parish in Avon and then St. Marianne Cope Parish in Henrietta. He also enjoyed playing golf and was an avid reader.

“Father Jerry blessed and enriched the lives of every person he ministered to. He was mentor to many of us in ministry,” said Barbara Swiecki, a former pastoral associate under Father Appelby at Church of the Transfiguration. She later worked in tandem with him as a pastoral administrator, both at St. Agnes and in her current position at St. Marianne Cope.
Father Appelby is survived by his support-group members Father Thomas Statt and Father Albert Delmonte, as well as close friends Linda Underhill, Deacon Laurence and Margot VanEtten, and Wayne and Barbara Swiecki.