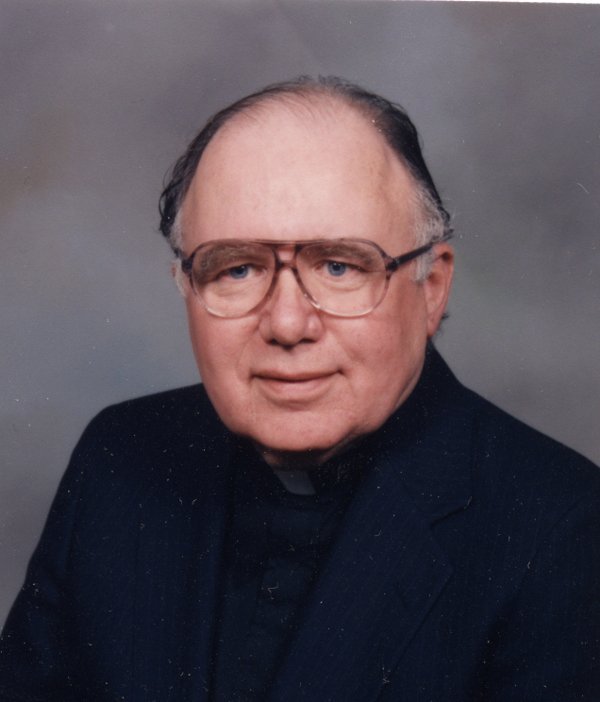 Father Philipps grew up in Rochester’s Immaculate Conception Parish and attended the parish school for eight years. He then completed seminary training at St. Andrew’s and St. Bernard’s seminaries, also in Rochester, before being ordained by Bishop James E. Kearney on June 4, 1955, at Rochester’s Sacred Heart Cathedral.

Father Philipps reached senior-priest status in 1999 and spent the next 10 years residing at St. John of Rochester, Fairport, where he helped out by celebrating Mass and hearing confessions. He then lived at the Sisters of St. Joseph Motherhouse in Pittsford.

Father Philipps also served on the diocesan Priests’ Council and the boards of the Catholic Courier and the former Finger Lakes Office of Social Ministry, now known as Catholic Charities of the Finger Lakes.

His nephew, Dan Barnard, said the family was very proud of his many years of service to the diocese. Barnard and his immediate family also were blessed to have Father Philipps as their pastor when they first moved to Spencerport area and became Nativity parishioners.

"We saw him literally every week, and he’d stop by for potluck dinners during the week," Barnard added. "We had a special closeness."

Father Philipps was such a family man that wherever he was assigned, he would host an annual picnic for his entire family, numbering as many as 40 people, Barnard said. He would do the same during the week between Christmas and New Year’s Eve, he added.

"Regardless of what parish he was in … he did that faithfully every year," Barnard said.

Father Alex Bradshaw likewise said he felt blessed to have been assigned to serve his diaconal year at Nativity in 1984 and learn from Father Philipps. The two had first met in Rome years earlier when Father Bradshaw was a seminarian and Father Philipps was taking a sabbatical.

"He was not only a very good friend to me, but an outstanding mentor as well," noted Father Bradshaw, who reached senior-priest status in 2012. "He was a caring, thoughtful and compassionate pastor, loved by the people he ministered to and full of love for them in return,"

Barnard and Father Bradshaw both noted that Father Philipps had a dry sense of humor.

"He was an excellent preacher," Father Bradshaw added. "When he crafted his homily, he always produced a masterpiece."

Father Philipps also had a great fondness for the arts, particularly opera and classical music, as well as a love for traveling the globe, the two men said. He will be greatly missed for his friendship, his wisdom and his graciousness, Father Bradshaw added.

"Father Philipps was … a man of prayer and consummate goodness," he noted.

His funeral Mass will be celebrated by Bishop Emeritus Matthew H. Clark at 10:30 a.m. Oct. 27, 2016, also at St. John of Rochester Church. Burial will be at Rochester’s Holy Sepulchre Cemetery.