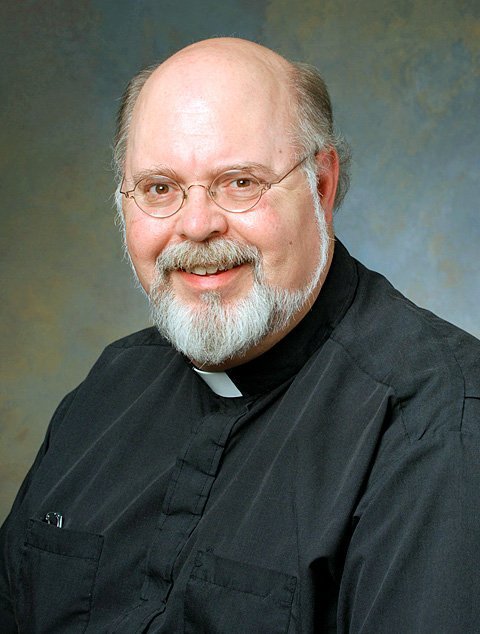 Father Lanzalaco was born in Rochester, and he graduated from Bishop Kearney High School, Monroe Community College and St. John Fisher College. After receiving his master’s of divinity degree from the University of Toronto, he was ordained as a priest of the Congregation of St. Basil at Rochester’s Church of the Annunciation in 1987.

Following his ordination, he served as a priest at St. Joseph’s College — University of Alberta and taught Catholic philosophy and Catholic theology. A year later, he was asked to relocate to Merrillville, Ind., where he worked at Andrean High School theology teacher, the women’s softball coach and dean of students. During his tenure in Indiana, he served as Catholic chaplain at Indiana State Prison, with a special ministry to death row inmates.

Father Lanzalaco returned to Rochester in the early 1990s and taught at Aquinas Institute. In 1994, he returned to his previous position at Andrean High School.

In 2001, he became director of campus ministry at St. John Fisher College and also taught philosophy.

"Father Joe epitomized the Basilian virtue of Goodness, as he was kind and welcoming to all, a true friend, and a loyal colleague," St. John Fisher President Gerald J. Rooney said in a release. "His unmatched sense of humor, love for the College, and strong faith will be missed on campus, but his spirit will remain."

"He was a no frills priest who mastered the art of stirring many people and raising them to life," Basilian Father Thomas Roscia said in his homily at Father Lanzalaco’s funeralMass, which was celebrated July 29, 2015, at Christ the King Church in Irondequoit. Burial was in Holy Sepulchre Cemetery.