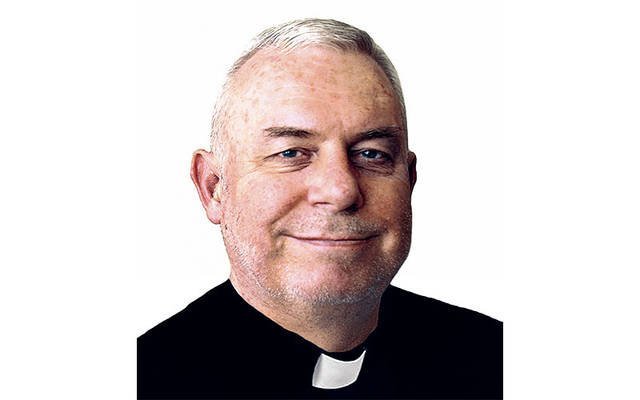 He attended St. Andrew’s and St. Bernard’s seminaries in Rochester and was ordained June 4, 1966, by Bishop James E. Kearney at Sacred Heart Cathedral. His first assignment was as assistant pastor of Our Lady of Mt. Carmel Parish, which had a large Spanish-speaking community. In 1967, the parish’s then-pastor sent Father Tracy to Puerto Rico for a language-immersion program.

He served as Our Lady of Mt. Carmel’s copastor from 1970-81. Subsequently, he was named associate director of the diocesan Division of Social Ministries for Hispanic Affairs.

He next served as associate pastor of Rochester’s St. Andrew Church (1983-84). In 1984, he was appointed pastoral assistant with the Office of the Spanish Apostolate, and in 1992 also became part-time sacramental minister at Rochester’s St. Michael Church.

From 1993-2002, he served as parochial vicar of the Community of Hope, which comprised Mt. Carmel, St. Michael and Holy Redeemer/St. Francis Xavier in Rochester. He reached senior-priest status in 2011 but continued to serve for many years as needed as a sacramental minister celebrating Spanish Masses and visiting the sick for Rochester’s St. Frances Xavier Cabrini Parish until he was diagnosed with ALS two years ago.

“There is no Father Tracy out there,” she said. “The Latino community was his passion, fighting for our rights and those of the ‚Ä¶ poor, the disenfranchised. Those were the people he really was out there talking about and advocating for. It’s such a huge loss.”

“The community has lost its most sincere spokesman,” said Domingo Garcia, one of Ibero’s founders who worked with Father Tracy on many issues that have plagued city residents, such as poverty, discrimination and unemployment.

In addition to having the health and wellness center named for him, the Ibero-American Action League’s main office and Los Flamboyanes were renamed for him, and he received the Father Bob Werth Lifetime Achievement Award from Rochester ACTS.

“He had a beautiful integration of the human condition and spiritual power,” he added.