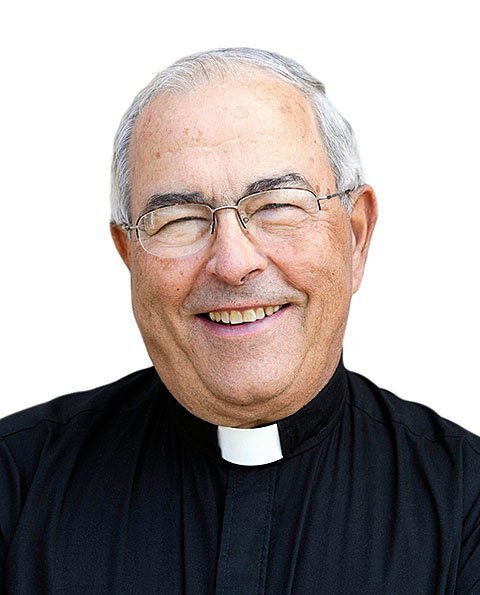 Father Lawrence A. Gross died July 4 after a lengthy illness.

Among Mass-goers who had never met Father Lawrence A. Gross, it didn’t take long to get a sense of the man.

The priest was well-known for starting liturgies by remarking to his congregation, "Have I told you lately that I love you?" quoting the title of a popular song. Sister Karen Dietz, SSJ, for one, said Father Gross’ stated love was the real deal.

"He drew people to the parish because they felt so welcomed by him," Sister Dietz said of Father Gross, who died July 4, 2014, at St. Ann’s Community in Rochester after a lengthy illness. A pastor for several diocesan parishes and also a high-school chaplain, he was 73 years old.

Father Gross was a native of Holy Family Parish in Rochester. He attended St. Andrew’s and St. Bernard’s seminaries and was ordained June 4, 1966, by Bishop James E. Kearney at Sacred Heart Cathedral. He was then assigned as assistant pastor at Holy Name of Jesus, Greece, which had opened two years earlier.

In early 1971, Father Gross became chaplain at Bishop Kearney High School. He would remain there for more than 11 years, until becoming assistant pastor of St. Thomas the Apostle Parish in Irondequoit in 1982. After one year in that assignment, he began his first pastorate at Rochester’s Holy Apostles, where he served for nine years. He then served as pastor of Good Shepherd, Henrietta, from 1992-95 as well as Guardian Angels in Henrietta in 1995.

Later in 1995 he began as pastor of St. Paul of the Cross in Honeoye Falls. A second parish was added to his pastorate in 1999, when St. Rose of Lima became clustered with St. Paul of the Cross. He remained pastor of both churches until he retired in 2010. In retirement Father Gross assisted the cluster of St. Mary, Honeoye, and St. Matthew, Livonia.

"He just meant so much to everybody. He brought life to our parish when he came here," said Ann Brule, cluster secretary for St. Paul/St. Rose/St. Agnes, Avon, who worked at St. Paul under Father Gross.

"He was hugely supportive of me in my ministry. When I saw him a couple of weeks ago, I said, ‘You’re my hero,’" added Sister Dietz, who began as pastoral administrator at St. Agnes in 2006 and also has led St. Paul of the Cross and St. Rose since Father Gross’ retirement.

"My goal … is my interest in and my love of the liturgy," Father Gross told the Catholic Courier in 2010. "At all of the places I’ve been, that’s the thing that has helped these parishes to grow: making this truly a celebration and helping people understand what it’s all about: the centrality of the Eucharist."

Father Gross was active in community volunteerism, serving as a member and/or chaplain with Kiwanis, Rotary, and ambulance and fire departments. He was named Citizen of the Year in Honeoye Falls in 1999, and annually was a coordinator for the village’s American Cancer Society Relay for Life based on his own battles with cancer. This year’s Relay for Life in Honeoye Falls, held June 7, was in his honor.

He is survived by his brother, Bernard F. (Lynda) McAllister Gross; niece, Carrie Gross Dashno; and many cousins, other family members and friends.