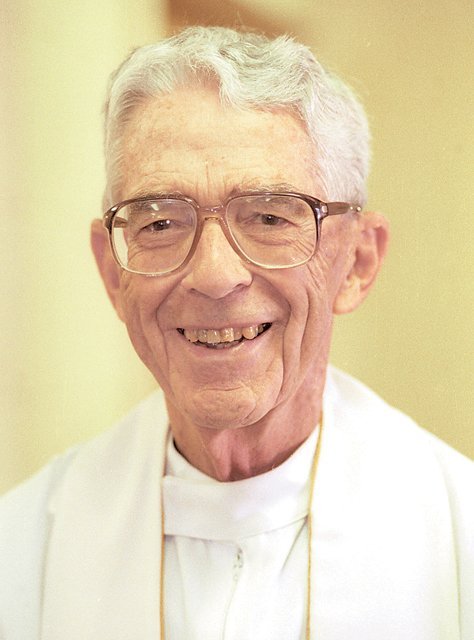 A mother holds her child in in Erd, Hungary, April 30, 2016. In a letter to bishops commemorating the feast of the Holy Innocents Dec. 28, Pope Francis said children must be protected from exploitation, slaughter and abuse, which includes committing to a policy of "zero tolerance" of sexual abuse by clergy.

Father Elmer J. McDonald, a priest of the Diocese of Rochester for 67 years and the founding pastor of St. Christopher Parish in North Chili, died Dec. 4, 2016, at the Sisters of St. Joseph Motherhouse in Pittsford. He was 92 years old.

Father McDonald grew up in Rochester’s St. Monica Parish and attended St. Andrew’s and St. Bernard’s seminaries. He was ordained to the priesthood by Bishop James E. Kearney at Sacred Heart Cathedral on June 11, 1949.

He then served as assistant pastor at Holy Rosary in Rochester until 1953 when he became a chaplain in the United States Navy.

In 1968, he became the first pastor of St. Christopher in North Chili — a highlight of his priesthood, Father McDonald recalled in a 2004 Catholic Courier article.

"I enjoyed starting St. Christopher’s. It’s every priest’s dream to start a parish," he remarked in 2004.

"He brought together a community of people and gave them a sense of church," Father Gaudio said, noting that St. Christopher was established shortly after the conclusion of the Second Vatican Council: "He and the pastors that followed continued the spirit of the council."

Ed Uziako, who with his wife Mary were married by Father McDonald at St. Christopher in 1972, recalled the late priest as one "who was straight to the point; he didn’t mince words." Yet Uziako added that Father McDonald was also a "fun-loving guy" who was "very much loved."

Father McDonald led St. Christopher until 1975. He then served as pastor of St. John the Evangelist, Greece, before becoming administrator of St. Mary, Dansville, in 1977 and pastor ofthe former St. Augustinein Rochester in 1978.

Returning to chaplaincy ministry in 1979, Father McDonald moved to Waco, Texas, to become chaplain for the VA facility there. In 1982, he relocated to Florida, serving as chaplain at the VA Medical Center in Bay Pines near St. Petersburg. In 1989, he again returned to the pastorate of St. Christopher for several months before resuming VA chaplaincy in Florida.

Father McDonald attained senior priest status in 1995. He remained active for many years with the VA in Bay Pines and at St. John Vianney Parish in St. Pete Beach, where he still celebrated Mass regularly as recently as 2014.

"You’re called to the priesthood so you spend your life helping others. That is what I like to do," he said in a 2014 Courier article noting his 65th anniversary in the priesthood.

Father McDonald moved to the Sisters of St. Joseph Motherhouse in 2015.

He is survived by nieces, nephews, great-nieces and great-nephews.

Father McDonald will lie in state Dec. 6, 2016, from 9 to 11 a.m. at St. Christopher Church, 3350 Union St., North Chili. His funeral Mass will begin that morning at 11 a.m., with Bishop Salvatore R. Matano as celebrant. Interment will be at Holy Sepulchre Cemetery.

Donations in Father McDonald’s memory can be made to the VA Medical Center or the Alzheimer’s Association.